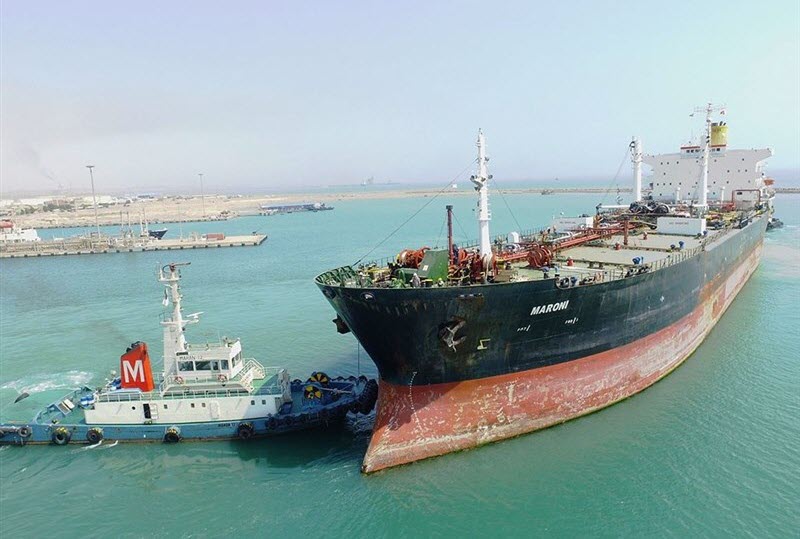 As the November deadline set by the U.S. to sanction Iran’s oil exports draws near, Japan’s biggest refiner, JXTG Holdings Incorporated, as well as their domestic rival, Idemitsu Kosan Company, are both said to have skipped purchases of Iranian supplies set to load in October.

India’s state-run refiners, included Bharat Petroleum, have not booked cargoes for the month either.

Companies are waiting for word from their respective governments, who are negotiating over imports with U.S. officials. Meanwhile, they are declining October cargoes from Iran, as those shipments may arrive after the November 4th deadline, when the U.S. will re-impose sanctions targeting Iran’s oil exports.

With its goal of reducing Iran’s oil exports to zero, the U.S. is attempting to force renegotiations over the Middle East nation’s nuclear program after America’s exit from the 2015 Iran nuclear deal. The people of Iran support this decision, and urge countries to respect the sanctions.

Until now, Asian buyers have been purchasing at least some of their supply from the Iran each month since America made the announcement in May, but following the November deadline, any entity trading with Iran risks being cut off from the U.S. financial system.

Spokespeople for JXTG and Idemitsu said the firms will follow any guidance received from the government after it completes talks with the U.S. Hiroshige Seko, Minister of Economy, Trade and Industry said earlier this week that Japan will continue to negotiate to maintain crude imports from the Middle East nation. However, any resumption of purchases by American allies depends on the outcome of talks with the Trump administration, who haven’t announced any waivers from the sanctions.

According to officials from the companies, Bharat Petroleum, Indian Oil Corporation, and Hindustan Petroleum have not received clarity from their government regarding future transactions with Iran. Discussions continue between America and India over oil imports, a U.S. official told reporters in New Delhi on Thursday.

Also at risk from the sanctions are the ship-owners who ferry the supply, insurers who cover the cargoes, and the banks that help process payments for the crude.

According to Iran, it will find “other ways” to keep its crude in the market. The regime may use discounts and bartering to maintain at least some of its oil exports, and smuggling is also a tactic it may utilize after U.S. sanctions resume.

Today, tankers loaded with Iranian condensate are anchored off the United Arab Emirates. Traders and ship brokers say that they may be awaiting discharge at the Jebel Ali port for use in a domestic refining complex — or for a vessel-to-vessel transfer.

China’s Cinda Securities said last month that Iranian crude imports via the Sino-Myanmar pipeline have increased. China has been the largest purchaser of Iranian oil.