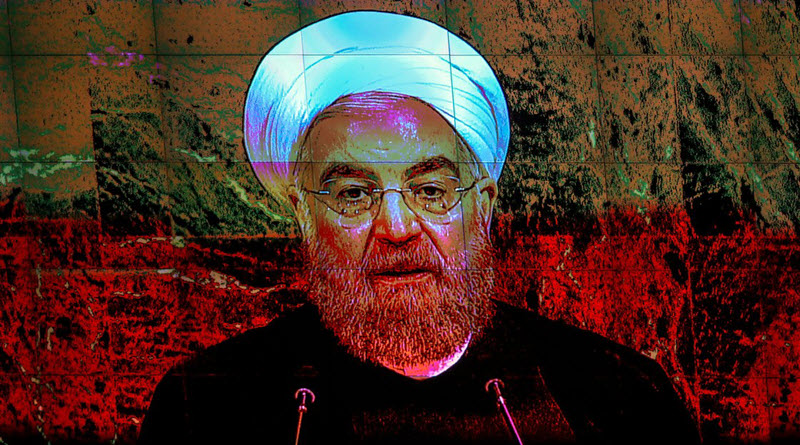 On 6th November this year, Iranian President Hassan Rouhani announced that his country is going to “proudly bypass” the U.S. sanctions that are being implemented. This is typical rhetoric of the Iranian regime and it is almost certainly a way for it to hide the stark reality – the fact that U.S. sanctions are already having an impact and that the situation will only grow more and more difficult for the regime. In a time where domestic discontent is high, it is important for the regime to try and portray an image of strength. Not that the people of Iran can be fooled.

However, it is most likely not an empty promise either. There is no doubt that the Iranian regime will do what it can to circumvent the sanctions. There are certainly things that Iran can do to partly get around the sanctions, but there is no chance of them being entirely bypassed.

Iran is no stranger to circumventing sanctions. It has set up a massive network of front companies, trading enterprises and institutions that allow the regime to get whatever it cannot obtain on its own merit because of sanctions. This network extends far further than Iran’s borders – throughout the Middle East and as far as Europe and the United States.

Sanctions that were supposed to prevent Iran from purchasing a wide range of goods were not effective faced with this network and Iran had no problem getting its hands on missile, military and even nuclear goods.

However, the United States has been gathering intelligence and evidence about this network of front companies for years and has been dismantling it.

Over the years it has collected a vast amount of information showing the true extent of Iran’s activities. When the 2015 Iran nuclear deal was signed and sanctions were lifted, Rouhani instructed his government to stop using these bypass channels as they were no longer needed.

However, now that the sanctions have been reapplied, Iran is back to square one. A large part of its network has gone and the regime is going to have trouble improving its economy. Many major global enterprises have pulled out of Iran because of the sanctions, deeming the risk of getting caught in the crosshairs of U.S. sanctions too great.
Iran’s oil revenue is dwindling, and it is expected to decline even further in the next few months. Several countries have been given waivers from the United States that have permitted them to continue buying Iranian oil, but the waivers have been heavily conditioned so that their exports gradually go down to zero within a specific timeframe.

Furthermore, an increasing number of Iranian individuals, entities and banks have been blacklisted by the U.S. and the SWIFT system has banned Iran from accessing its services. Furthermore, financial authorities have warned against doing business with Iran, pointing out that any funds being managed by Iran are likely being used to finance terrorist activities.

The Iranian regime can boast about bypassing sanctions all it wants, but in practice it is going to find it very difficult.