Canada “Deeply Concerned” Over Fate of Environmental Researcher in Iran 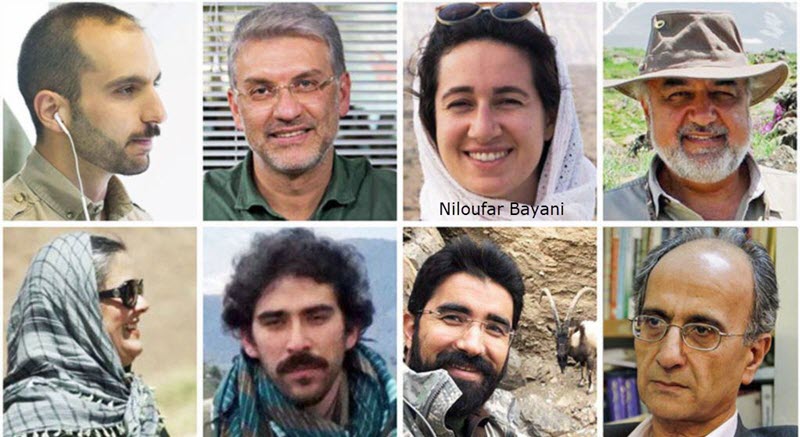 The Canadian government says that it is “deeply concerned” about the continued detention of environmental researcher Niloufar Bayani, who is facing the death penalty in Iran on vague security charges.

On Friday, Global Affairs Canada spokesperson Richard Walker said the Canadian government “is deeply concerned” about Bayani’s detention and remains “committed to holding Iran to account for its violations of human and democratic rights”.

Bayani, who is being held in Iran’s notorious Evin prison, was arrested back in January by the Iranian Revolutionary Guards Corps (IRGC), alongside eight other environmental activists who were monitoring the endangered Asiatic cheetah with motion-activated camera traps.

The arrests have been condemned by scientists, environmentalists and human rights activists, with anthropologist Jane Goodall being just one of 350 conservations, scholars and researchers from 70 countries calling for the environmentalists to receive “fair and just” treatment.

Bayani’s friends and colleagues, especially those who knew her from her biology degree at McGill University or her work at the United Nations Environment Program in Geneva, have also criticised her imprisonment in an effort to attract public attention and pressure for her release. Anthony Ricciardi, a McGill University biologist for whom Bayani was a research assistant, explained that he is “worried about her safety”.

Sadly, he has good reason to be. Professor Kavous Seyed-Emami, 63, the Iranian-Canadian head of the Persian Wildlife Heritage Foundation that Bayani works for was one of those arrested with her. He died under suspicious circumstances in Evin prison just three weeks later and, while officials claim it was suicide, his family and the United Nations want an independent investigation.

The IRGC has said the cheetah research was cover for espionage on behalf of the US and Israel, which even the Iranian Parliament have dismissed, but the environmentalists have still been held. Now five of them have been charged with “sowing corruption on earth”, a “crime” punishable by death, with no evidence presented to support this theory.

Ricciardi said: “They’re field ecologists and in this particular case they were trying to track a declining species. If you want to find something rare you can’t sit there all day waiting for the animal to come by, and it might be spooked by you. So you set up cameras instead.”

Of course, the truth is that the environment has become a contentious political issue in Iran and anyone seeking to tell the truth about the Regime’s disregard for it is risking their lives. After all, the Regime can ill-afford any more popular protests against it.

Ricciardi said: “[Bayani] must have known some of the risks (or working in Iran) but she did it anyway. That’s courage. From what I’ve seen of her here, I’m not surprised.”

Human Rights Watch reported that the environmentalists have not been allowed access to lawyers of their own choosing and no trial date has been set.