Chants of “death to dictator” break night silence in Tehran 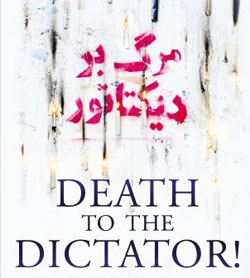 NCRI – On the eve of the anniversary of the 1979 revolution in Iran, people in Tehran took to their rooftops once more on Thursday night to chant anti-regime slogans.

According to reports, chants included “death to dictator,” “God is great,” “death to [Ali] Khamenei,” the regime’s Supreme Leader, and “down with the principle of velayat-e faqih [absolute clerical rule].”

Following a practice popularized during the 1979 revolution and reincarnated during the massive 2009 protests against the mullahs, people in various districts in Tehran appeared on their rooftops at nightfall on Thursday to display their anger against the ruling clerics, who hijacked the revolution 32 years ago and installed a barbaric theocracy.

February 11 marks the 32nd anniversary of the 1979 revolution against the Shah’s regime in Iran.