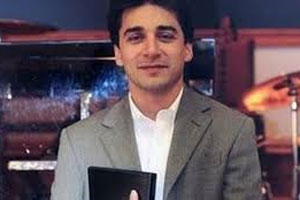 Iranian pastor Farshid Fathi is to spend his fourth Christmas behind bars this year after being convicted of ‘acting against national security’ for leading a network of underground evangelical house churches.

The 35-year-old Christian cleric is being held in the Rajai Shahr prison, near Tehran, where he shares a cell with hardened criminals, London-based public-affairs strategist Miles Windsor wrote.

Mr Windsor, who works on behalf of Christians persecuted in the Middle East, said: “This will be Pastor Farshid Fathi’s fourth Christmas in an Iranian prison, yet his fortitude, faith and indomitable spirit continues to impress and encourage.

“Pastor Fathi converted to Christianity at the age of 17. As the pastor would soon learn, Iran is a very dangerous place to worship Christ.

“The Tehran regime likes to tout its treatment of Iran’s historic Christian communities, the Armenians and Assyrians, as a testament to its tolerance.

“The mullahs reserve the most vicious treatment for Iranian Muslims, like Pastor Fathi, who have dared to convert to Christianity. Persian-language Bibles are banned in the country, and apostasy is punishable by death under Shariah law, which lies at the heart of the Iranian penal code.

“Yet to mask its naked persecution of Christian converts, the Tehran regime usually jails them on national-security charges or on the pretext that they spy for foreign powers.

“That’s what happened to Pastor Fathi. In December 2010, the father of two was arrested and arbitrarily detained in Tehran’s nightmarish Evin Prison. His ‘crime’ was serving as the leader of a network of underground evangelical house churches.

“After a year-long interval, during which he spent months in solitary confinement and was subjected to psychological abuse, he was convicted by a revolutionary court of ‘acting against national security’ and sentenced to six years.”

Then in April, Pastor Fathi was one of several prisoners beaten during an attack by security forces on Ward 350 of Evin, Mr Windsor said.

He added: “His right to family visits, guaranteed under Iran’s own laws, is routinely violated. He isn’t permitted to sing Christians hymns, and prison authorities have confiscated his Bible.

“For the past few years, I have been advocating on behalf of Pastor Fathi and other Iranian Christians in Westminster and before the regime’s representatives. Though his case angers me and calls me to action, I am more often impressed and encouraged by the pastor’s fortitude, faith and indomitable spirit as they are reflected in his letters to supporters from prison.

“His latest contains a powerful Christmas message: ‘Although the beauty of Christmas or the signs of Christmas cannot be found in this prison, with the ears of faith I can hear the everlasting and beautiful truth that: ‘The virgin will conceive and give birth to a son, and they will call him Immanuel’.”

“It is signed “your captive brother who is free in Christ.”