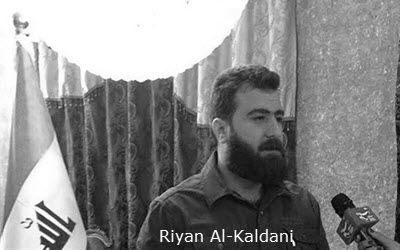 NCRI – Commander of Iraq’s Hashed al-Shaebi militant group affiliated to the Iranian regime, referring to the possibility that these mobilization forces are present in Syria to help Assad regime for more killings and massacre of Syrian people, claimed that Hashed al-Shaebi could help Syria to get rid of terrorism.

In an interview with state-run Tasnim news agency affiliated to the IRGC’s terrorist Quds Forces, Riyan Al-Kaldani, a commander of Hashed al-Shaebi and Secretary General of the Babylonian (Babeliyoun) Movement, admitted that Iranian regime is meddling in Iraq and said: “(The regime in) Iran has provided a lot of help for the nation and government of Iraq upon the request of the Iraqi government… In addition to sending military advisor to Iraq, Iran regime has provided weapons and equipment at the request of the government of Iraq.”

Commander of the Iraqi militant group said: “The U.S. crosses continents and intervenes in different countries to protect their interests, while although Iraq is Syria’s neighboring country, they don’t want us to go to Syria from Iraq to defend that country.

Previous articleRouhani’s Outrageous Maneuver Against Justice Seeking Movement and the UN Resolution Condemning the Clerical Regime
Next articleIran: Girls to Marry at 13 in Hot Climate Regions