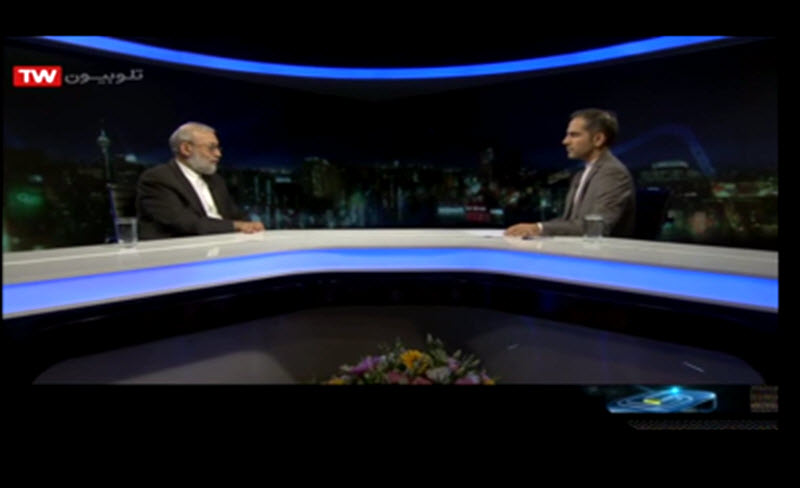 In a detailed interview with Mohammad Javad Larijani, regarding US sanctions on Iran and other related issue the presenter asks him about the role of Al-Qaida and its connection with Iranian regime. Below is the translation of this section of the interview:

Presenter: about the September 11 and the role of the Al-Qaida?
Mohammad Javad Larijani: It was a collection of reports that these al-Qaeda elements who were traveling from Saudi Arabia wanted to go to Afghanistan or elsewhere, they came with flights or land, asking us not to stamp their passport, because if the Saudi government find out that we travel to Iran we get into trouble. Some of these request, our government, agreed not to stamp their passport, since they were in transit for two hours, they would go away, but their entry and exit was registered. For this reason, they said, for example, that as if Iran were cooperating with al-Qaeda. Or for example they said, that an airplane that had to pass from one place going from a point to another point in the area, while the pilot was one of operation team on board and also a commander of the Hezbollah army was sitting in another chair, and this assortment all together was considered that Iran directly or through Lebanon’s Hezbollah was in collaboration with al-Qaeda in this field or not? …

Previous articleTo the Heroic Memory of Gholamreza Khosravi, 4 Years After His Execution by Iran Regime
Next articleOpen Letter From 7 Political Prisoners: “Hanging Is Murder by the Government, under any Circumstances”