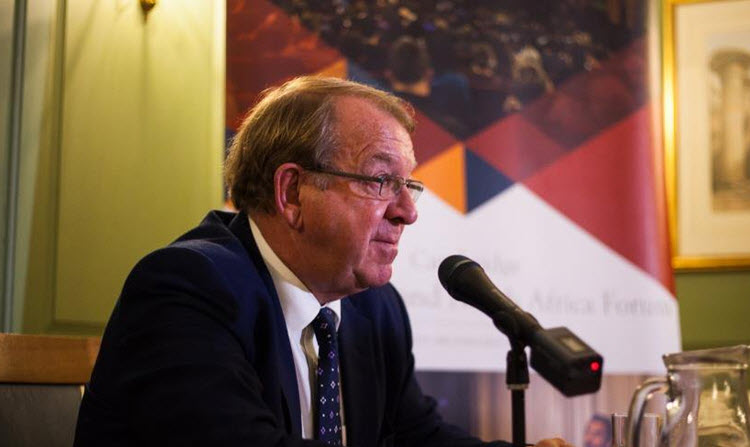 A memorial ceremony in Tehran to commemorate the renowned Albanian poet Naim Frashëri (1846-1900), has been reported in the Iranian state media, raising questions how a regime, which frequently jails poets and writers or forces them to flee into exile, has suddenly re-discovered its cultural soul.

However, on closer examination it can be seen that many of the participants in the ceremony were members of the Nejat Association, a branch of the Iranian Ministry of Intelligence (MOIS), with a declared mandate to demonise and dismantle the main democratic opposition, the People’s Mojahedin of Iran (PMOI or MEK). Others attending the Tehran ceremony were described by Iran’s state media as journalists, educators and academics from Albania and other Balkan countries.

According to these reports, members of the Nejat Association and the families of PMOI members in Albania, in an address to the Albanian participants in the ceremony, described the “security threats” posed by the PMOI to “the Balkan countries, especially Albania” and complained that their children were being held captive by the PMOI in Albania, demanding that these so-called ‘family members’ be allowed to visit Albania to meet their loved ones.

As a former MEP and President of the European Parliament’s Delegation for Relations with Iraq, I have been closely following the issue of the PMOI Iranian dissidents for the last 15 years, from the time they were in camps Ashraf and Liberty in Iraq up to the present, where they have been airlifted to safety in Albania. The following points are noteworthy:

The uprising of the Iranian people, which started in the last days of 2017, has encircled Tehran from every corner, forcing the Iranian regime onto the back foot in their desperate search for plots and conspiracies with which to put pressure on the PMOI and the NationalCouncil of Resistance of Iran (NCRI), whom they regard as the most serious threat to their power and whom they blame for encouraging the uprising. Supreme leader Ali Khamenei, President Hassan Rouhani and other top officials of the regime have repeatedly stressed that the main factor behind the uprising is the PMOI network inside Iran.

One of the oldest subversions deployed by the regime for the past ten years has been to send alleged ‘relatives’ of members of the PMOI to harass, abuse and threaten them under the guise of being somehow related, in the hope that this causes psychological torture and extreme stress. Many genuine relatives of PMOI members have been imprisoned in Iran and some have even been executed, for contacting their children who were previously incarcerated in camps Ashraf & Liberty in Iraq. Nevertheless a number of agents of the terrorist Islamic Revolutionary Guards Corps (IRGC) and Quds Force were actively engaged in this form of psychological torture of the Camp Ashraf residents, using at one time 320 loudspeakers from February 2010 to December 2011, to hurl abuse and threats at the PMOI for 24 hours a day. A well known agent of the IRGC – Ibrahim Khodabandeh – and the others who met with the so-called ‘educators, journalists and academics’ of Albania under the pretext of being family members of the PMOI at the ceremony in Tehran, are the self-same people who participated in the psychological torture of the PMOI members in Camps Ashraf and Liberty from 2009 to 2016.

Ibrahim Khodabandeh and his brother Massoud and his sister in law, Anne Singleton, are a well-known spy gang that work for the Iranian regime. The testimony of Win Griffiths, a Member of Parliament from the United Kingdom, who travelled to Tehran in 2004, to a court in the UK, and the report of the US Congressional and Defense Research Centerin December 2012, and many other documents, explain how these three individuals were recruited by the MOIS.

The commemoration of Naim Frashëri is just one of the plots of the Iranian regime against the PMOI. Some other actions include:

• The appointment of Gholam Hossein Mohammad Nia, a senior official of the Ministry of Intelligence, as Iran’s Ambassador to Albania.

• Sending Mostafa Roodaki, one of the Ministry of Intelligence’s veteran officials, to Albania as First Secretary of the Embassy.

• An unprecedented increase in the number of embassy staff, which had no precedence in the history of the two countries.

• Activities of the two branches of the Ministry of Intelligence in Albania by the names of the Habilian Center and the Didban Institute.

• Dispatching Mullah Ahmad Hosseini Alast as the cultural attaché to Albania. He is the representative of the Islamic Culture and Communication Organization affiliated with Khamenei’s office.

• Holding cultural and religious meetings in Albania by Iran’s embassy and MOIS agents aimed at employing locals against the PMOI.

• Sending MOIS agents to Albania such as Anne Singleton who travelled to Albania three times just in November 2017.

• Launching websites and TV channels in Albania.
Dozens of delegations from the European Parliament, European national parliaments, the US Congress and European and American personalities have visited Camp Ashraf in Iraq previously. Now over 3,000 PMOI refugees from Ashraf and Liberty have been rescued and relocated to Tirana in Albania thanks to the humanitarianism of the Albanian government. According to the experiences of all of us who have been closely in contact with the PMOI and the NCRI and its president Maryam Rajavi for many years, it is a profoundly democratic, legitimate and powerful resistance movement, representing the various strata of Iranian society. The regime in Tehran regards them as its only serious threat and in addition to repression, torture, execution and assassination, it has been demonising and disseminating false information about them for many years. European intelligence services, including in Germany and the Netherlands, Sweden and Norway have testified that the MOIS’s main mandate outside Iran is to gather information against the PMOI and to demonise them.

Coordinator
Campaign for Iran Change (CIC)
Struan Stevenson was a member of the European Parliament representing Scotland (1999-2014), president of the Parliament’s Delegation for Relations with Iraq (2009-14) and chairman of Friends of a Free Iran Intergroup (2004-14). He is an international lecturer on the Middle East and is also president of the European Iraqi Freedom Association (EIFA)