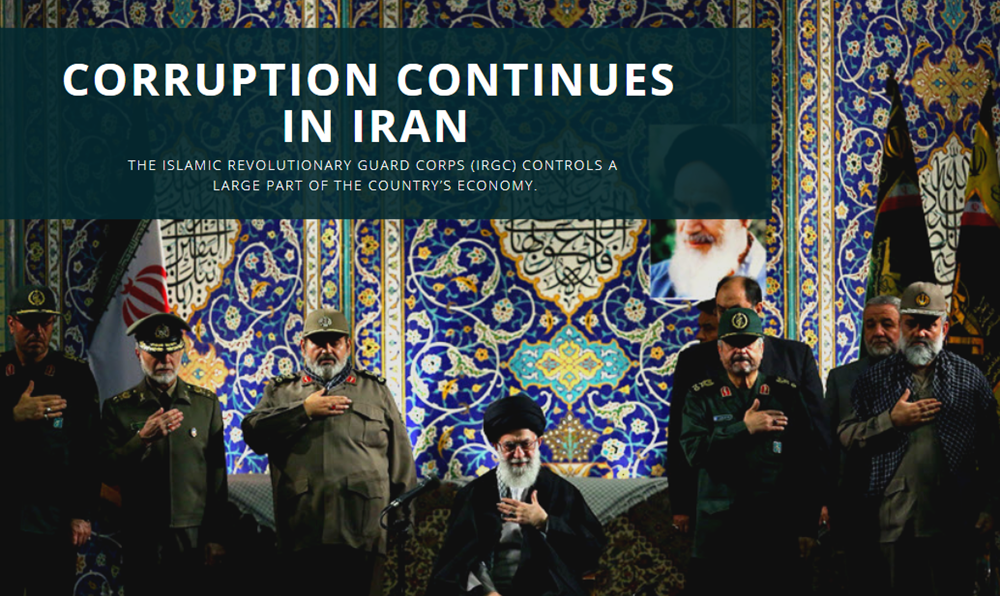 The leadership of Iran is rife with corruption. And it has been for decades.

In the past few years, officials have been increasingly open about the level of corruption that is so widespread and obvious that it is impossible to conceal. Many officials have spoken out about corrupt practices and colleagues and even the Supreme Leader Ayatollah Ali Khamenei has called on officials to put an end to corruption.

Details about one of the biggest embezzlement cases the country has ever seen have recently come to light. The scandal is said to have amounted to around $7.4 billion.

The scheme involved the bypassing of sanctions – the ones imposed by former U.S. President Barack Obama. The suspects are board members and executives of petrochemical companies who committed a number of financial crimes between 2010 and 2013.

Abroad, they had set up companies to sell petrochemical goods where they were able to profit from the Iranian exchange rate system that is multitiered. They were essentially skimming a large part of the proceeds of sales which they then went on to sell on the black market for a sizeable profit.

Of the 14 suspects, 11 are currently in custody. The other three will be tried by an Iranian court in absentia.

This type of practice has been exploited by countless people and it is a complex problem that is hard for the authorities to take control over. According to the country’s laws, the people are supposed to send foreign revenues to the Central Bank of Iran. They are then given the equivalent in the rial in return.

The Iranian currency has plummeted since the U.S. sanctions were re-imposed by the Trump administration, leading to many petrochemical exporters keeping their hard currency proceeds. Six months ago, the governor of the Central Bank said that the government would be confronting such practices.

However, the government has taken very few measures to combat corruption and the people of Iran will not tolerate it any longer. Instead of using the billions of dollars that were freed up when the sanctions were lifted after the nuclear deal was signed on domestic issues, the regime plundered it on its exploits abroad.

The Islamic Revolutionary Guard Corps (IRGC) controls a large part of the country’s economy. It has a complex web of front companies that are used to bypass sanctions and officials are getting richer and richer. At the same time, the people of Iran are getting poorer and poorer and the extreme poverty category is expanding rapidly.

It is impossible for the government to completely tackle corruption because much of its activity is based on corrupt practices. Just like the regime’s future depends on its export of terrorism, the funding of these activities depends on the regime’s corruption.