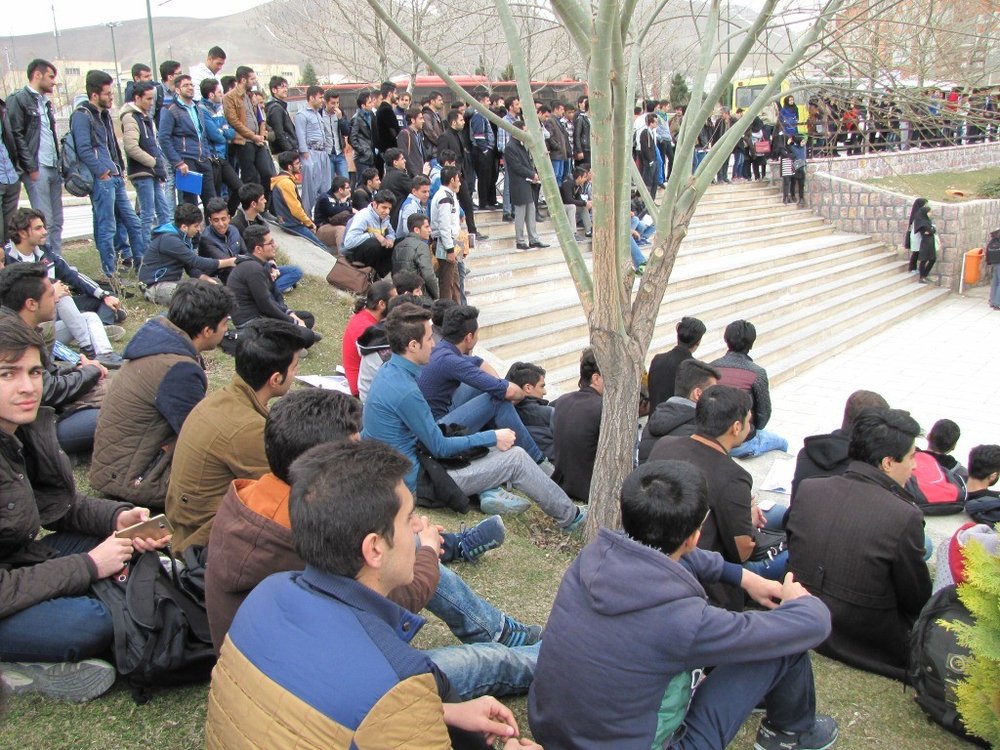 Unemployment rate in Iran is a measure for the bankrupt economy

Written by Mansoureh Galestan on 29 October 2019.

The Iranian regime has started to reduce its obligations under the 2015 Iran nuclear deal with world powers, formally known as the Joint Comprehensive Plan of Action (JCPOA), while at the same time claiming to have improved the value of the national currency and the economic situation over the past year.

However, it has been made clear by numbers and figures revealed by rival factions, that these claims are completely false. Additionally, the mullahs’ constant plundering of Iran’s national wealth for warfare or to line their own pockets proves that there will be no improvement in the economic situation while the regime is in power.

Farshad Momeni, one of the regime’s economists, said: “Comparison of the current economic and political events with the country's economy at the beginning of the revolution shows that state officials’ policymaking has destroyed the country's economic foundations and avoided any expansionist notion.”

He continued: “Now in the shadow of political insecurity, the controversial presentation of economic facts, has paved the way for making policies that will only result in economic deadlock and social decline.”

Momeni said that the ongoing race between the regime’s financial gangs for more profit and control of plundering activities are also major factors in the continuing unrest and economic turmoil, explaining that this can be “traced back to a decade of dependence on oil revenues”.

Another expert said: “The governments that came to power since the Iran-Iraq war have had the extreme greed of currency extortion and above-budget profiting. They had a short-sighted vision of the rial income, therefore they forced people to turn to the black market. Therefore, the unrest in the black market is reflected in the smallest layers of society.”

Earlier this month, the state-run Ebtekar daily, which has close ties to regime president Hassan Rouhani, mocked the claim by Rouhani and the Central Bank about boosting the value of the national currency in the past year, saying that the markets are stagnated, and pointing out how the Rouhani government have been tricking the people.

The newspaper wrote: “Prices in each market incline a few steps and decline only one step. So, we cannot say that this is a result of the government's performance and we are in a better position than last year. This is not the case, and these are the only illusionary analyses that economic experts reject and cannot be explained in any economic way.”

While the state-run Diplomacy-Irani website reported that experts are “very worried about the future of the country” and think that Iran will soon face “economic turmoil.” The paper then addressed how the Revolutionary Guards and other repressive institutions tried to create a new private sector in the 2000s and 2010s to make the economy more dependent on domestic powers.

The website wrote: “But the result of this policy was not only the emergence of corruption in the country but also the creation of a new oligarchy, that could do far more devastating work than the rooted private sector. So they embarrass their creators and rapidly fly with their capital overseas.”

The regime’s destructive plundering has also been highlighted by government officials.

Javad Suleimani, the Friday prayers leader of the Iranian city of Langrood, said on October 4: “Changing the use of tea gardens has become a challenge for people. When tea tariffs change and 2 million tons of rice are deposited in customs, the people and farmers are discouraged and forced to sell their lands. When a farmer sees that his crop is being sold at a low price and he cannot make a living, he has to sell his land. Some people change the infrastructure of farmlands, turning them into villas. For this reason, the agricultural revolution in Gilan has become a villa-making revolution.”

He continued: “The most important cause of the recent floods in the province of Mazandaran was the severe deforestation and landslides in those areas that could not stop the flood and if this situation continues in Gilan province, people will be defenseless in facing the flood.”

My Op-Ed on the state of Iranian economy: The Ayatollah’s Regime Edges To The Brink As #Iran’s Economy Collapses https://t.co/ao6fphZn6Q @NCRIUS @Iran_Policy