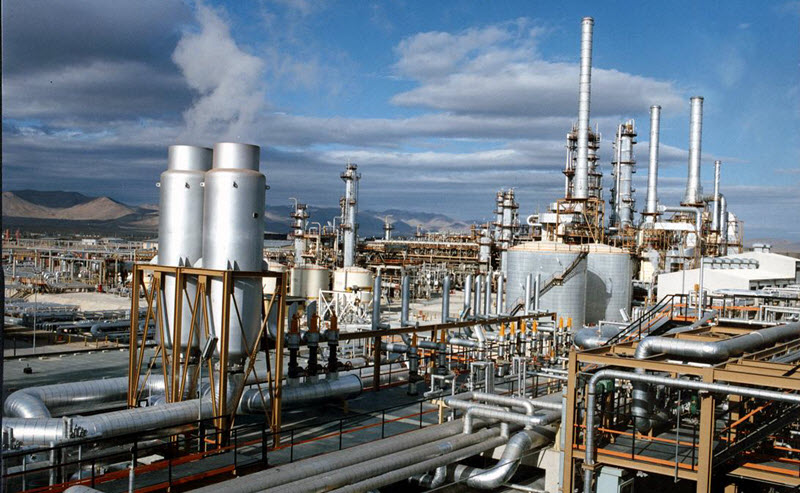 The Iranian regime is using revenue from the sale of petrochemicals to finance terrorism in the region.

Democratic governments, including the United States, should impose sanctions on the regime’s petrochemical industry.

Last September, the National Council of Resistance of Iran (NCRI) published details of the Iranian regime’s use of petrochemical revenue to finance terrorism.

The report on the NCRI website said in part:

According to available information, the most important source of funds by means of which the mullahs’ regime finances terrorism is through the sale of oil and gas, and petrochemicals. With these sources, the Office of the Supreme Leader (Vali-e-Faqih), Islamic Revolutionary Guards Corps (IRGC) and Ministry of Intelligence and Security (MOIS) have financed war and terror over the past forty years. Commenting on the regime’s revenues in September 2012, Deputy Minister of Oil Planning Mohsen Khojasteh Mehr said that “85% of the country’s foreign exchange earnings and 25% of Iran’s gross national income is earned through the sale of petroleum products.”

It is therefore clear that this is the regime’s main source of foreign currency. The extent of money laundering and plundering is astounding. In this report, we will examine some aspects of it, especially as related to the sale of petrochemical products.

The petrochemical industry, i.e. its refineries and centers, was mainly established during the reign of the clerics, and serves as a main source to finance the Vali-Faqih (Supreme Leader), Revolutionary Guards, Ministry of Intelligence and other repressive forces of the regime. According to sources within the regime, the industry has been a major source of foreign currency for terrorist operations and warfare since the beginning of the clerical rule, especially during the Khamenei era. Due to the wide range of petrochemical products, petrochemical sales are one of the most recognized and easiest methods of money laundering for the regime.

The majority of the industry is owned by the Vali-Faqih, Revolutionary Guards and Intelligence Ministry.

The mullahs’ regime launders money through the sale of petrochemical products, the profits of which are returned via the networks of companies and currency exchanges affiliated with the IRGC.

Terrorism is financed by means of various methods and tactics of theft and plunder of the oil, gas and petrochemical industries. Some practices, such as takeovers of petrochemical companies and refineries, purchases of oil at the domestic price for sale at the free market price, sales to affiliates of the regime, etc., have been cited in this report.

The full report is available here.