Editorial: Petrochemical Giants Plundering as Much as 9 Months-Worth of Iranians’ Subsidies!

According to the regime’s new currency plan, which was proposed on the 6th August (i.e., the same day that the first round of US sanctions took effect), the import of essential products (which counts to around 20 items) must be done with a rate of 4200 Toman. All other products must be imported at the rate of the Secondary Market.

Where does the market supply its dollars from?

According to the new currency plan, dollar must be supplied form the sales of petrochemicals, minerals, and other non-oil products.

The value of dollar must be specified according to the Mechanism of Supply and Demand.

3 types of markets are officially recognised for handling of currency:

1. The “Official Market”, which is specialised for the import of 20 essential products; and decides its currency rates around the values proposed by government.

2. The “Secondary Market”, which determines its currency value from the sales of petrochemicals, minerals, and non-oil products.

3. The “Free market”, also known as the “Black Market”; which according to state media, is illegal because it takes part in smuggle of products, or flight of investments; the dollar rate in this market, is higher than that of the other two markets. 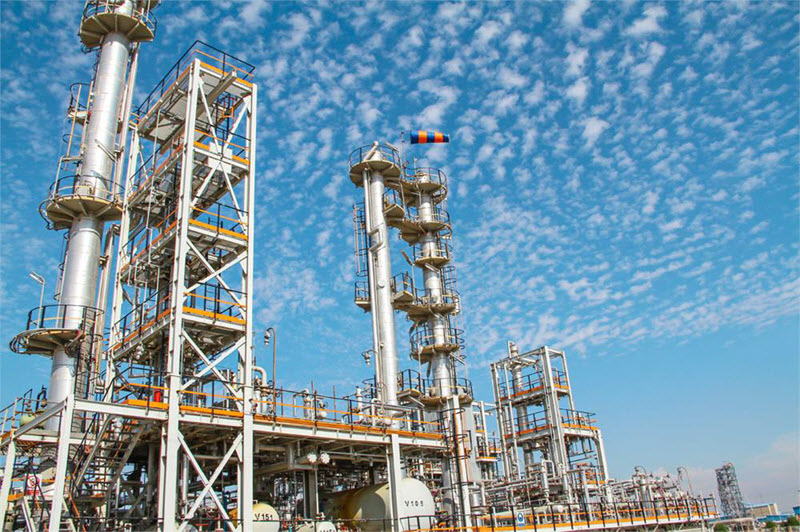 As can be seen, the sale of petrochemicals plays a key role in the secondary market, and subsequently, in the currency-related politics of regime.

What we’ve seen to date however, shows contrast to what the regime had hoped for in its new plan. Not only the currency problems remain the same, there is now even more opportunities for theft and plunder. Which has created a conflict between many government figures, who continue to take advantage of petrochemical sales to their own benefits.

So far, these corrupt figures have made 30,000 billion Toman from the petrochemical sales, which is equivalent to the 9-month subsidies of all Iranians!

This fact is revealed by the regime’s own economic expert – named Hamidreza Ghoreyshi – on Payesh TV program:

“At the moment, there are about 20 petrochemical companies who are obtaining their primary ingredients from the government, at a rate of 3800 Toman; they sell their products both domestically and internationally, and then they sell their earned currencies at much higher rates – of around 8000 Toman – to the Secondary Market!”, clarifying that “These companies get their primary goods for 3800 Toman, but sell their earnings for 8000 Toman!”.

In response to Ghoreyshi, the TV presenter comments: “I feel like these petrochemical companies are so powerful that they can be considered as an independent government of their own!”, adding that “so, it is because of these tempting opportunities of huge rent-seeking that these days, everyone’s aspiring to become the CEO of a petrochemical company! These companies are like a sift! When the dollar goes in, no one knows where it goes out to!” (September 10th, 2018; Mize Naft; Fars News).

A currency flight equivalent to one-month worth of subsidy

According to the Head of the Iranian National Tax Administration, there has been a flight of 4000 billion Toman from these companies, which is more than one month’s worth of all Iranians’ subsidies!

The tactics behind plunders of petrochemical companies

The Head of Iran’s Chamber of Commerce, Gholamhossein Shafei, reveals that petrochemical companies buy products (that were originally made at a rate of 3800 Toman) at a rate of 4200 Toman, and then sell them for much higher prices in the free market.

Who are these “petrochemical” giants and why can they get away with such massive plunders?

According to JavanOnline, these petrochemical companies are “half public – half private”; meaning that some are in affiliation with government-based organisations; the extent of their affiliation however, is unknown. These organisations include Astan Quds Razavi, the Executive Headquarters of Imam’s Directive, the Revolutionary Guards, the Police Force, Foundation of Martyrs and Veteran Affairs, the Mostazafan Foundation of Islamic Revolution, Imam Khmeini relief Foundation, the Endowment and Charity Affairs Organisation.

Thereby, these petrochemical companies take advantage of government-based facilities, information, and budget, under the names of “charity” and “Islamic revolution”. Meanwhile, they avoid paying any taxes, and keep their financial cycles unclear. Given their transparent and non-transparent affiliations with the government, these giants clearly have solid “beyond-legal” powers.

JavanOnline reveals more about this systematic corruption, in an article titled “withholding petrochemical currencies” and substitled “petrochemical companies are part of every conversation relating expensiveness and rent-seeking. They’re the symbol of disobedience and law violations” (September 12th, 2018).

It continues: “Eventhough these companies obtain their primary ingredients at a rate of 3800 Toman from neighboring countries and sell them at a rate of 8000 Toman to Secondary Market, they’re still not content!”.

According to this website (which takes its information from the Iranian National Tax Administration), these petrochemical companies have avoided around 4000 billion Toman worth of tax so far!

The cause of all this is undoubtedly the corrupt dictatorship of the vilayet-e-faqih; unless this “rotten foundation” is eliminated, nothing will ever be fixed!

Previous articleIran: New York Event in Support of Regime Change
Next articleA National Disaster: “Thoughts of Suicide Is Now Common in All Classes of Iran’s Society”