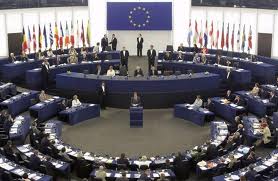 NCRI – The international community must demand the immediate release of the Camp Ashraf hostages taken captive during the September 1 massacre, a leading Member of the European Parliament has demanded.

A report by Struan Stevenson, President of Friends of a Free Iran group blamed the US, EU and the United Nations for its failure to act following the murder of 52 people at the Camp a month ago.

The report by Mr Stevenson who also chairs the Delegation for Relations with Iraq at the European Parliament said that the Iraqi government carried out the massacre on the orders of the Iran’s Supreme Leader Ali Khamenei.

And it stated that information provided by the National Council of Resistance of Iran (NCRI) proved the hostages were now being held in an Iraqi prison.

The report by Struan Stevenson also demanded that the US and UN visit the prisons where the hostages are being held, without any advance warning, and demand their release.

The UN must then investigate the massacre without any Iraqi involvement. It must also send blue helmet forces to Camp Liberty to protect the 3,000 its residents, the report stated.

It said: “It has been over a month now since the murderous attack by the Iraqi security forces on Camp Ashraf.

“There is verifiable intelligence that demonstrates this attack was ordered by the Iraqi Prime Minister, Nouri Al-Maliki, acting on the insistence of his sponsors in the Iranian regime.

“Unfortunately, despite this grave crime against humanity, the United Nations, the US government, The European Union and specially its key member states such as the UK, France and Germany, have been almost entirely passive and have not taken any action against this outrageous crime.

“The seven hostages, including six women, abducted from Camp Ashraf, are still held by Iraqi forces and their extradition to Iran, where they will face certain torture and execution, is a very real possibility.

“The danger of yet another attack on Camp Liberty where more than 3,000 members of PMOI-MEK reside is a real and present danger.”

There now existed ‘detailed and highly accurate reports’ by the NCRI that leave no doubt that the Iraqi forces attacked the camp and took seven hostages, and that they are being held by the Iraqi Prime Minister’s Special Forces in Baghdad, the report said.

And it added that information obtained by the NCRI also proved Ayatollah Khamenei ordered the Iraqi government to carry out the massacre.

Iraqi interior ministry officials even later admitted they ordered the attack, with the same information backed by the Iranian intelligence minister, the FoFI report said.

It added that Kamil Amin, the Iraqi Ministry of Human Right’s spokesman, said on 12 September: “The seven were arrested by the Iraqi security forces because they were attacked by these seven.”

Iraq was now denying that there are any hostages because they want to torture and interrogate the hostages and extradite them to Iran, the report said. It added: “The almost total silence and lack of any action from the US and the UN is facilitating this process.”

It said that the US must admit that the intelligence provided by the NCRI is much more reliable than the intelligence gathered by the US services, who have been unable to collect any meaningful information on the Iranian nuclear weapon activities.

It added: “Most of the intelligence on this matter and the Iranian regime’s direct involvement in terrorist activities were in fact exposed by the PMOI/MEK.”

The report also branded the failure to relocate the residents of Camp Liberty to European countries of safety as a ‘disgrace’, adding: “Over 900 of the Camp residents were originally political refugees in Europe. We ask the European governments, especially UK, France, Germany, and Italy to relocate a considerable number of them to their countries without delay.

“Their continued presence in Iraq leaves them vulnerable to another imminent attack and massacre.”