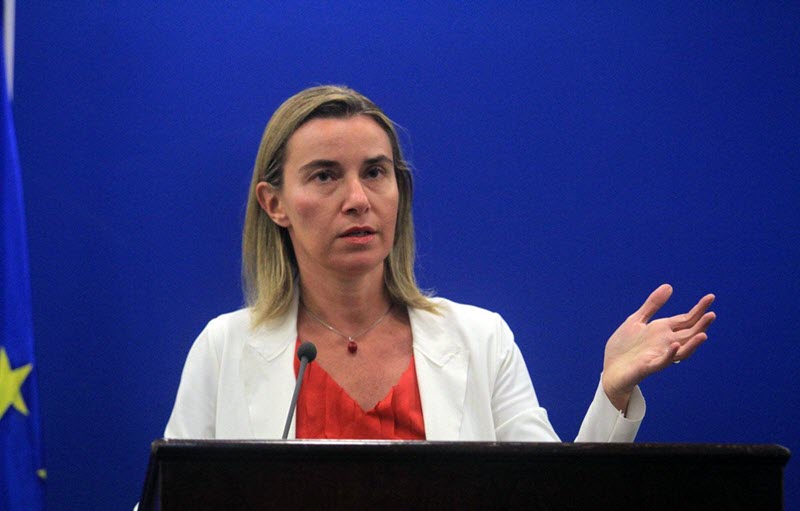 The European Union claimed last week to attach “high importance” to the human rights situation in Iran, but their actions (or more accurately inaction) tell a different story.

In just over 18 months, the U.S. administration has issued fresh sanctions against 17 notable human rights abusers in Iran and repeatedly expressed clear and strong support for the popular anti-regime uprising that began in December.

The EU, on the other hand, has imposed no new human rights sanctions against any individuals in Iran since the signing of the 2015 nuclear deal – even though they are only required by the deal to suspend nuclear sanctions – and has only offered sporadic and low-key expressions of solidarity.

The reason for this passive response from the EU, reflects its failure to recognise that the nuclear deal, formally known as the Joint Comprehensive Plan of Action (JCPOA), does not allow Europe to address non-nuclear issues with Iran (i.e. human rights).

The EU is more concerned with protecting the JCPOA than real-life Iranian people. Why else would they wait days before issuing a statement about the protests in late 2017 that appeared to blame both sides for the violence? To be clear, in issues of human rights and oppression; there are only a right and a wrong side.

Federica Mogherini, the EU’s foreign policy chief, spoke at length about the JCPOA, before noting that she had briefly discussed “internal recent events in Iran” during a meeting with the Iranian foreign minister in January.

The EU believes (wrongly) that Iranian president Hassan Rouhani is some kind of moderate, who must be appeased in order to bring democracy to Iran, but the UN special rapporteur for human rights in Iran strongly disagrees. Their latest report found that Iran’s actions “contrast starkly” with Rouhani’s pledges to respect human rights.

The Iranian people have also spoken out against the false promises of the mullahs. That’s why at their protests, they decry the false distinction between moderate and hardliner, with calls of “Death to Rouhani!”.

The EU has also attempted to save the highly flawed JCPOA, since the US withdrawal in May, but they’ve had little success as most businesses have pulled out to avoid US sanctions. The US, by comparison, is waging an intense campaign against the Regime in order to force a change in the country.

The EU should stop this appeasement campaign and work towards a better and fairer Iran, where the Iranian people are calling the shots.

Previous articleU.S. Politicians Call for Iran to Be Kicked out of Swift Financial System
Next articleIran: The Latest Regime Propagating Fake News