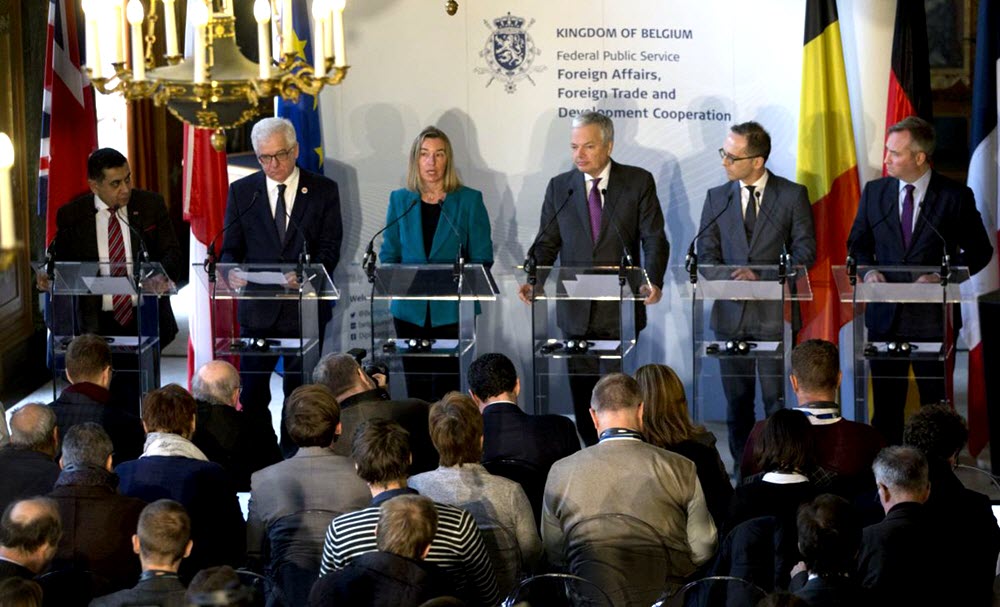 The EU appears to be stalling on its implementation of a special purpose vehicle (SPV) to maintain trade with Iran and evade US sanctions, according to reports from Brussels on Monday, January 28, mainly because there are differences between EU member states over one of its ten articles.

One EU diplomat stated: that Spain is opposing an article referring to Europe’s talks with Iran about its presence in Yemen because the southern European country was not present at the talks.

On Friday, when it was expected that the EU would be announcing its SPV imminently, the US, which is adamant about “fully” enforcing its sanctions against Iran, was reported to be closely watching the EU’s efforts. According to the Associated Press, the White House is putting Europe “on notice” and saying that there will be “stiff fines and penalties” if Europe does try to subvert US sanctions.

Senator Tom Cotton said: “The choice is whether to do business with Iran or the United States… I hope our European allies choose wisely.”

Earlier that day, Maja Kocijancic, the representative for the EU Foreign Policy Chief, said that preparations for the SPV were at an “advanced stage” and that the system could launch “very soon”, while an informed EU source said that the SPV would be registered on Monday, January 28.

However, at the same time, the European Council would release a statement to express concern over Iran’s regional military ambitions, ballistic missile program, hostile acts in EU, and violation of human rights.

Of course, even if the SPV has fallen through in the EU, as it should because it not only violates US sanctions but also props up a despotic Regime, the EU’s economic support of the Iranian Regime is nothing compared to the political support it offers by remaining a part of the 2015 nuclear deal and legitimising the mullahs.

The US withdrew from the 2015 nuclear deal with Iran in May 2018, citing Iran’s cheating, which has only become more obvious as time has gone on and increased support of the Iranian people. The EU should do the same.