Europe’s INSTEX Financial Mechanism, Helpful to Iran Regime, or Not? 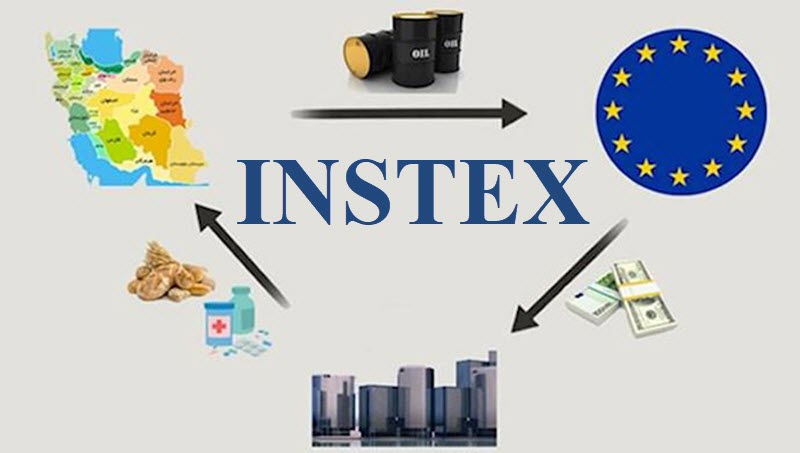 INSTEX, the European financial mechanism, is an enigma for which the Iranian regime’s pundits and analysts have not been able to answer. In fact, on May 7th, Iran regime’s state-run television devoted an entire broadcast to try to tackle the question.

The Iranian regime’s official channel one television explained, “After the U.S. exited the JCPOA, the Europeans were supposed to provide for Iran regime’s interests under the JCPOA framework. However, after one year, Europeans did not want or could not cover those interests. Europe’s promise was downgraded to a limited and narrow channel that hasn’t been made operational until now. According to Mr. Zarif [Iran regime’s foreign minister], Europe has been respecting only one percent of its obligations in real terms. [Iranian President Hassan] Rouhani also warned a few days ago that regime’s patience is limited.”

Going on to quote Federica Mogherini, High Representative of the European Union for Foreign Affairs and Security Policy, channel one reports her as saying, “We are obliged to fully respect all the obligations that are provided by the JCPOA and this must mean for the Iranians to respect all their nuclear obligations.” She continues, “They forced foreign companies to leave Iran and by violating the JCPOA, they did everything in their power: from [U.S. Secretary of State] Pompeo’s 12 conditions… to labeling the Revolutionary Guards (IRGC) as a terrorist and promising to zero our oil sales. Not to mention that alongside an economic war, the Americans are also waging a full-fledged media war, too.”

German Foreign Minister Heiko Maas’ is also quoted, saying, “We’ve made it clear to Iran that we don’t have the capability to cover the losses of European companies who are hit by losses in their business with Iran because of the threat of U.S. sanctions,” he said.

The program commentator adds, “… we are the point where the U.S. left the JCPOA and started violating its obligations. This is the very point where Iran’s patience runs thin.”

Citing a warning from Iranian Deputy Foreign Minister Abbas Araghchi, Channel One television ends the program on this note: “Unfortunately, I have to say that the JCPOA is very close to its end and it is unfortunate if it ends. However, its end won’t be on Iran.”

Foreign Minister Mohammad Javad Zarif’s interview with Russia’s Sputnik were also republished in Iranian media. “As long as Europe stays committed to the nuclear deal, Iran will comply with it. The Iranian version of Europe’s INSTEX is a company called SATMA. We have informed Europe about the launching of this company. We may implement a similar mechanism to INSTEX with other stakeholder countries, including Russia and Turkey.”

Later, Iran regime’s Mehr news agency mocked Zarif’s rhetoric of a non-European INSTEX as a “bitter joke.” The piece reads, “The European INSTEX is still limited to talk and registration and is far from implementation. Nonetheless, officials and Zarif talk about a None-European INSTEX. This means [further] complicating the economic situation.”

State-run Tasnim news agency, affiliated to the IRGC Quds force, quotes an economic official saying, “The main problem is that as long as a bank or financial institution isn’t ready to cooperate with INSTEX, it won’t be able to do anything meaningful.” The report reads in full, “Unfortunately, the sanctions have resulted in a situation that no bank is ready to do business with Iran.” The official adds, “Now, three months after INSTEX was established, it appears that Iran and Iranian businessmen have got ‘nothing’ and INSTEX has not been able to open a route for trading between Iran and Europe.”

Whether INSTEX will eventually help or hurt Iran appears to be a highly political and biased position. But, one thing is clear — Europe’s financial mechanism hasn’t done much to assist Tehran.