NCRI – Former officials and policy experts in the United States took part in an online conference on Tuesday, pointing out that the world community should not be forced to choose only between war with the regime in Iran or giving Tehran undue concessions in a deal to curb its nuclear projects in return for an end to sanctions.

The officials and experts argued that a better option would be for the Obama administration and its allies to support the Iranian people and their organized Resistance to bring about regime change.

If the regime in Iran gets a nuclear bomb, “there will be a nuclear race in the Middle East,” said Ambassador Ken Blackwell, a former Cincinnati mayor and U.S. ambassador to the UN human rights commission. 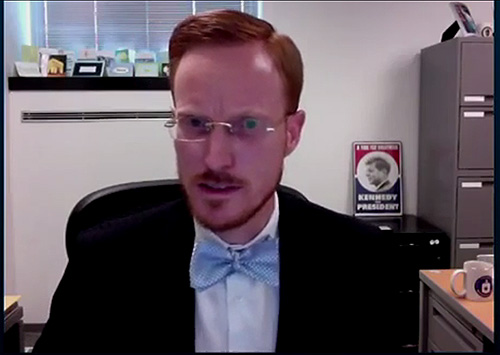 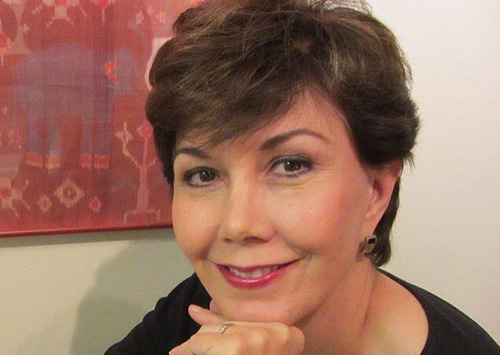 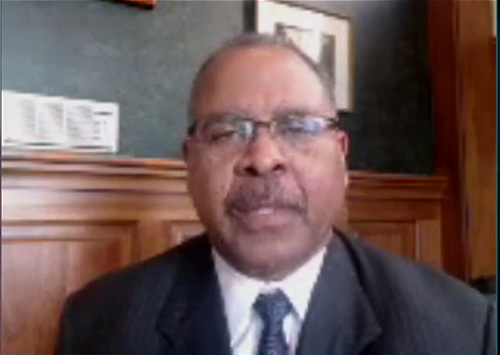 “The regime has not negotiated in good faith. They have broken every promise they have made. Giving them resources that help them prop up their regime and continue human rights abuses will allow them to push through with their hegemony in the Middle East and financing of terrorism,” he added.

“We should continue the sanctions which have brought the regime to its knees,” Amb. Blackwell said.

Ms. Linda Chavez, a former White House Director of Public Liaison, said: “The only reason that the mullahs’ regime accepted to come to the negotiating table is because the regime was in desperate straits. The Iranian economy is struggling. The Iranian people are fed up and they are taking part in protests at great risks to themselves.”

“What we have now is a very bad deal,” Ms. Chavez said, adding that the regime in Iran is the “chief sponsor of terrorism” and would use the resources provided to it as part of the deal with the international community to fund terrorism in the Middle East.

“This has made the world a very, very dangerous place. It is extremely important that Congress says no to the [U.S.] President”, she said.

The U.S. Congress received the Iran nuclear agreement on Sunday. From Monday it has 60 days to decide whether to approve or reject the deal.

“This is not a partisan issue … this is an issue of grave importance for the world,” Ms. Chavez said.

She pointed out Tehran would likely cheat in the nuclear deal, referring to past revelations of secret Iranian nuclear activity exposed by the National Council of Resistance of Iran (NCRI).

“The National Council of Resistance of Iran is exceedingly good at exposing the Iranian regime and the various secret facilities and the nuclear program in Iran. … We know that the Iranians do not intend to follow this agreement,” she said.

Professor Ivan Sascha Sheehan, director of the Negotiation and Conflict Resolution Management Program at the University of Baltimore, told the online conference that the regime in Iran poses the “most significant security challenge of our time. Tehran is a major source of havoc in the region. They are the primary sponsor of Bashar Assad’s murderous regime.”

Prof. Sheehan said that nuclear agreement last week by the world powers and the regime in Iran is full of “appeasement” of the regime.

“The Iranian regime is a weak and fragile state that is not in a position to demand concessions, but the U.S. has conceded too much.”

“The agreement put forth by Mr. Obama does not prevent the Iranian regime from having nuclear weapons capability.”

Prof. Sheehan said he was “astounded” that “anytime, anywhere” access to Iranian sites by UN weapons inspectors was not given as part of the deal. He pointed out that the world community knows about Tehran’s secret nuclear sites “due to the revelations by the NCRI.”

He added that US President Barack Obama is “creating a false choice of either war or concessions to the Iranian regime.”

“The regime will be ultimately brought down from within by the organized opposition. Regime change should be a third option to be considered,” he said.

“The discussion of the nuclear agreement should not be separate from simultaneous discussions on the regime’s human rights violations and sponsorship of terrorism.”

“Mr. Obama is ignoring the aspirations of the Iranian people for freedom, liberty and human rights. But Congress need not make the same mistake”, he said. “We should reach out to the Iranian people and the organized resistance. Regime change from within is a possibility.”

Iran’s opposition leader Maryam Rajavi said following last week’s nuclear deal between world powers and the Iranian regime that the deal – which circumvents six UN Security Council resolutions – will not close the mullahs’ path to deception and access to the nuclear bomb. Mrs. Rajavi added however that by retreating from his red lines, the mullahs’ supreme leader Ali Khamenei had drank a ‘chalice of nuclear poison’ that would shatter his hegemony and undermine the entire regime.

Mrs. Rajavi is President-elect of the NCRI which was the first to expose the Iranian regime’s clandestine nuclear sites in 2002 that triggered the investigation by the UN atomic watchdog.

The NCRI’s revelations about the Iranian regime’s nuclear program have been based on information smuggled out of Iran by the main opposition group People’s Mojahedin, PMOI (or Mujahedin-e-Khalq, MEK).

Congress unhappy of being circumvented on Iran deal