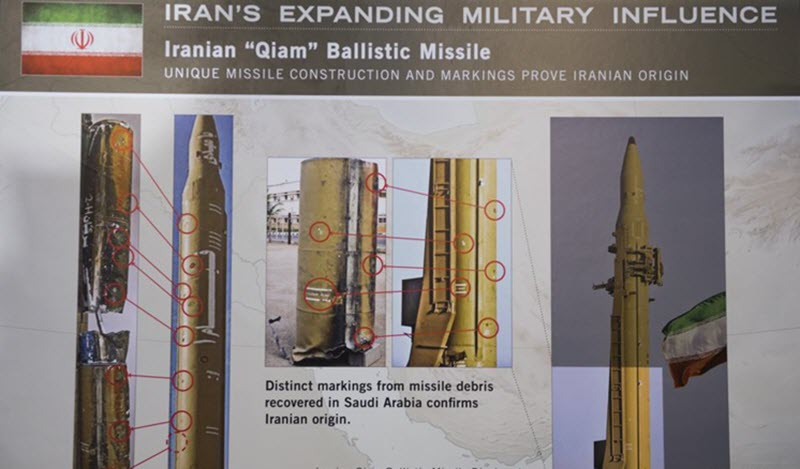 On Thursday, sanctions against five Iranians who are said to have had a role in Tehran’s plan to assist Yemen’s Houthi rebel group with the expertise and weaponry used to launch ballistic missiles at Saudi Arabia were announced by the United States Treasury Department.

In a statement, the Treasury Department named Mehdi Azarpisheh, Mohammad Jafari, Mahmud Kazemabad, Javad Shir Amin, and Sayyed Mohammad Tehrani as the people who are being targeted for sanctions. The statement alleges that the first four individuals worked with the Houthis through Iranian Regime’s Islamic Revolutionary Guard Corps-Quds Force (IRGC-QF). They are believed to have provided the rebel group with ballistic missile-related expertise and help with transferring “weapons not seen in Yemen prior to the current conflict.” The fifth person, Sayyed Mohammad Tehrani was sanctioned for allegedly aiding in the financing of the IRGC.

“Their actions have enabled the [Houthis] to launch missiles at Saudi cities and oil infrastructure,” Treasury Secretary Steven Mnuchin said in a statement. “They have also disrupted humanitarian aid efforts in Yemen, and threatened freedom of navigation in key regional waterways.” He added,” The United States will not tolerate Iranian regime’s support for [Houthi] rebels who are attacking our close partner, Saudi Arabia. All countries in the region should be on guard to prevent the Iranian regime from sending its personnel, weapons, and funds in support of its proxies in Yemen.”

The Treasury Department announcement comes one day after Secretary of State Mike Pompeo said the United States would soon crack down on the Iranian regime’s support for the Houthis.

The Iran-backed Houthis are fighting a Saudi-led coalition in Yemen’s years-long civil war. Saudi Arabia blames the Houthi rebels for firing a string of missiles at its cities and oil infrastructure, most recently on May 9th. Riyadh has accused the Iranian regime of supplying the Houthis with those missiles, based on examination by experts.

Since the campaign began in 2015, in a war that has caused thousands of deaths and put the country on the verge of famine, the U.S. has provided logistical support and intelligence to the Saudi-led coalition conducting strikes in Yemen.

Tuesday’s sanctions were the latest in a series of penalties targeting Tehran and its allies following President Trump’s decision to withdraw from the 2015 Iran nuclear deal.

In an address on Monday, Secretary of State Mike Pompeo outlined a set of demands for Tehran, ranging from completely abandoning its nuclear pursuits to withdrawing from its involvement in the Syrian civil war.