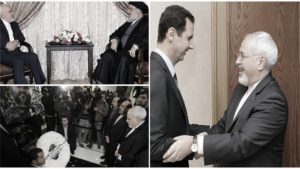 On Wednesday, the United Nations General Assembly formally adopted a resolution condemning human rights violations in Iran – the 67th of its kind. The move was predictably met with backlash from Iran’s regime, with a spokesperson for the Foreign Ministry insisting that it has no legal validity while also attempting to spin the details of the vote in order to whitewash the atrocities of the regime.
That position could be described as pure hypocrisy articulated by the regime’s Foreign Ministry. Although Iran is technically a signatory to multiple international agreements on human rights, its leaders routinely disregard specific details of those agreements by arguing that universal principles are rendered invalid if they conflict with local principles, meaning the inhumane Sharia laws. Under such “principles” imprisonment, torture, and execution of dissidents becomes an everyday practice under charges of “enmity towards the God”.
That latter charge was applied, for instance, to Ruhollah Zam, who was abducted by Iranian operatives while traveling in Iraq, after he had spent years living as a refugee in France. Zam was hanged last Saturday after his conviction was upheld by Iran’s Supreme Court. The execution prompted a widespread outcry from European officials and led to the cancellation of a planned Europe-Iran Economic Forum.
Most Western nations have been consistent in public statements on that topic, although few have seen fit to follow through with concrete actions designed to compel the Iranian regime to adopt more humane behavior.
In other words, the West has typically embraced each of the 67 resolutions on Iran’s human rights as a potential object of shame for the Iranian regime. And at every turn, they have effectively ignored the fact of that regime continuing to exhibit no shame whatsoever. While some of Iran’s most serious critics are hopeful that the Zam execution might prompt some Western policymakers to buck this trend, there is still an open question as to whether they will take notice or respond appropriately to the Iranian judiciary’s and foreign ministry’s blanket denials of the UN resolution’s legitimacy.

On Thursday, December 17, a prisoner named Shahab Javid was executed in Qom central prison, and on Saturday two Baluchi prisoners by the names Behnam and Scheib Rigi were executed in Zahedan, southeast of Iran. At the same time, it was announced that the foreign ministers of 4+1 are scheduled to meet the regime’s foreign minister Javad Zarif on Monday, December 21. Last Monday, due to Zam’s execution, the Europe-Iran Economic Forum was canceled, but right after the UN Human Rights resolution and execution of 3 more prisoners, the foreign ministers of 4+1 are going to meet Zarif.
“Mullahs’ regime takes European nationals hostage; lures and abducts Iranian political activists in Europe to Iran and executes them. Last Monday, a meeting with Zarif was canceled over this. In just one week, who has been baptized and how?” tweeted Mohammad Mohaddessin, the chairman of the Foreign Affairs Committee of NCRI, adding:
“Meeting someone compared with Hitler’s FM by an MEP, former polish FM, is, as Churchill said, feeding the Crocodile. Iran’s regime uses these ties as permission to execute and assassinate. Severing ties provide real prospects for relations with Iran’s people in a free Iran.”

4-Meeting someone compared with Hitler’s FM by an MEP, former polish FM, is, as Churchill said, feeding the Crocodile. #Iran regime uses these ties as permission to execute & assassinate. Severing ties provides real prospects for relations with Iran’s people in a free Iran.

The scale of recent arrests recalls attention to what has been described as the worst crime of the regime when 30,000 political prisoners were systematically executed over a period of about three months in 1988. No one has ever been held accountable for that massacre, and many of its leading perpetrators still occupy highly influential positions like that of the Justice Minister and head of the judiciary. These same figures are currently directing much of the regime’s conduct in human rights, as well as its response to international criticism.
Under those circumstances, it would be the height of foolishness to expect anything other than a dismissive response to a UN resolution, be it the 67th or the 100th of its kind. If those resolutions are to have any meaningful effect, they must be backed up by multilateral sanctions and comprehensive diplomatic isolation.
If Western policymakers continue to content themselves with empty declarations, they will be lending undue legitimacy to the Iranian regime’s terrorism abroad and more executions inside Iran.