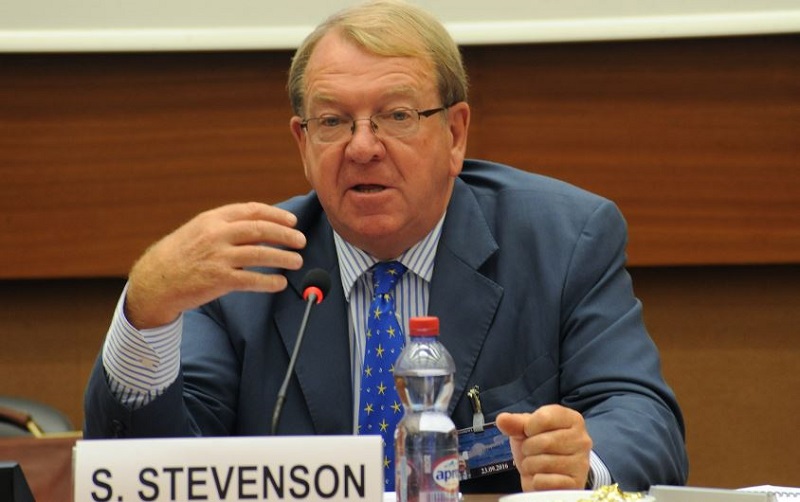 Former European lawmaker Struan Stevenson has called for a new Iran policy by the European Union.

must show that we support ppl& & . We must show support4 &an end to the business-as-usual appeasement.This is a regime that boasts about its missiles &is racing 2build nuclear weapons. pic.twitter.com/w89gXA348T

Mr. Stevenson called on Europe to support the Iranian democratic opposition movement. “Europe must show our support for Maryam Rajavi, the fearless President-Elect of the NCRI, and her policy of creating a republic based on freedom, democracy, separation of religion and the state, a country that will cherish human rights and women’s rights and gender equality.”

Mr. Stevenson ended his speech by a quote from Franklin Roosevelt: Appeasement is the policy of feeding your friends to the crocodile, one a time, with the hope that the crocodile will eat you last.

“Ladies and gentlemen let us not feed the crocodile,” concluded Mr. Stevenson.