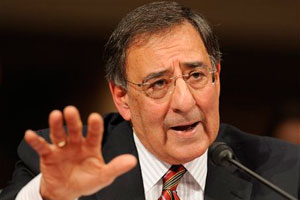 In a new book, former Defense Secretary and CIA Director Leon Panetta suggests that President Obama failed to heed his advisers who wanted to leave troops in Iraq past December 2011, which may have contributed to the rise of ISIS, CBS News reported.

“It was clear to me–and many others–that withdrawing all our forces would endanger the fragile stability then barely holding Iraq together,” Panetta writes in the book, an excerpt of which was published on Time.com this week.

Panetta said the U.S. could have used its leverage, such as reconstruction aid money, to convince Iraqis to support a continued U.S. presence.

Panetta acknowledged the difficulties of putting together the agreement that would have allowed U.S. forces to stay in the country that it had the support of various leaders in Iraq, but none who were willing to back it publicly.

This is the second time in under a month, former Defense Secretary Leon Panetta is making headlines by laying blame on the white house for the collapse of Iraq and the rise of ISIS.

“Officials there seemed content to endorse an agreement if State and Defense could reach one, but without the President’s active advocacy, al-Maliki was allowed to slip away.

The deal never materialized. To this day, I believe that a small U.S. troop presence in Iraq could have effectively advised the Iraqi military on how to deal with al-Qaeda’s resurgence and the sectarian violence that has engulfed the country.”