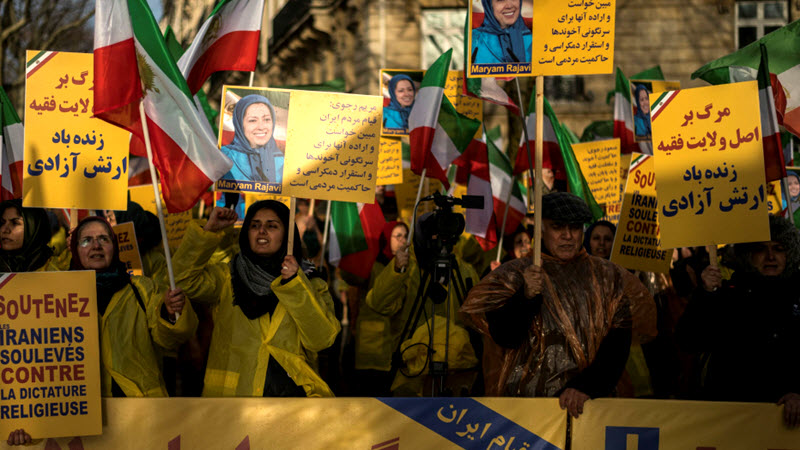 France has publically linked the Iranian Regime’s intelligence services to the failed terrorist plot against an opposition rally in Paris in June and is taking “preventive, proportionate and targeted” measures to fight Iranian terrorism, especially in France.

The French ministers of foreign affairs, interior and finance wrote in a joint statement on Tuesday that “such extreme seriousness on French territory could not be let go without a response”.

Thus, France has announced that it will freeze the assets of the Iranian Ministry of Intelligence and Security (MOIS), which is the agency responsible for organising the Regime’s cyber attacks, terror attacks and assassinations against Iranian dissident groups, as well as the director general of intelligence Saeid Hashemi Moghadam, who ordered the Paris attack, and Assadollah Asadi, the Vienna-based diplomat who arranged it.

A French diplomatic source said: “Behind all this was a long, meticulous and detailed investigation by our (intelligence) services that enabled us to reach the conclusion, without any doubt, that responsibility fell on the Iranian intelligence ministry.”

This could be even more worrying for the Iranian Regime as it indicates that France, much like the US, sees Iran as a rogue Regime that is a sponsor of terrorism. France is one of five countries that are still sticking to the Iran nuclear deal, which the US pulled out of in May, and are trying to find a way to get around US sanctions on Iran.

This latest news makes it all the more likely that France will pull out of the deal and encourage the other European signatories to do the same.

The Iranian Regime meant to bomb a meeting of the National Council of Resistance of Iran (NCRI), which was being attended by hundreds of dignitaries and nearly 100,000 people, but thankfully their terrorists were apprehended by European authorities before anyone could get hurt.

A German court ruled on Monday that the diplomat could be extradited to Belgium.

France has also taken several other measures against Iran, including:

• demanding explanations over Iran’s role at the UN General Assembly

• warning diplomats not to visit Iran

• not nominating a new ambassador to Iran

• not responding to Iran’s nominations for diplomatic positions in France

It’s insane that the Iranian Regime would order this attack on Europe, especially at a time when Iran is desperate for Europe’s support as its economy is failing due to increased US sanctions.

But the Regime is not one for calm, rational thought. Instead, they hit out at the Iranian Resistance because they know that they represent a chance for a free and democratic Iran, with no murderous mullahs in sight.