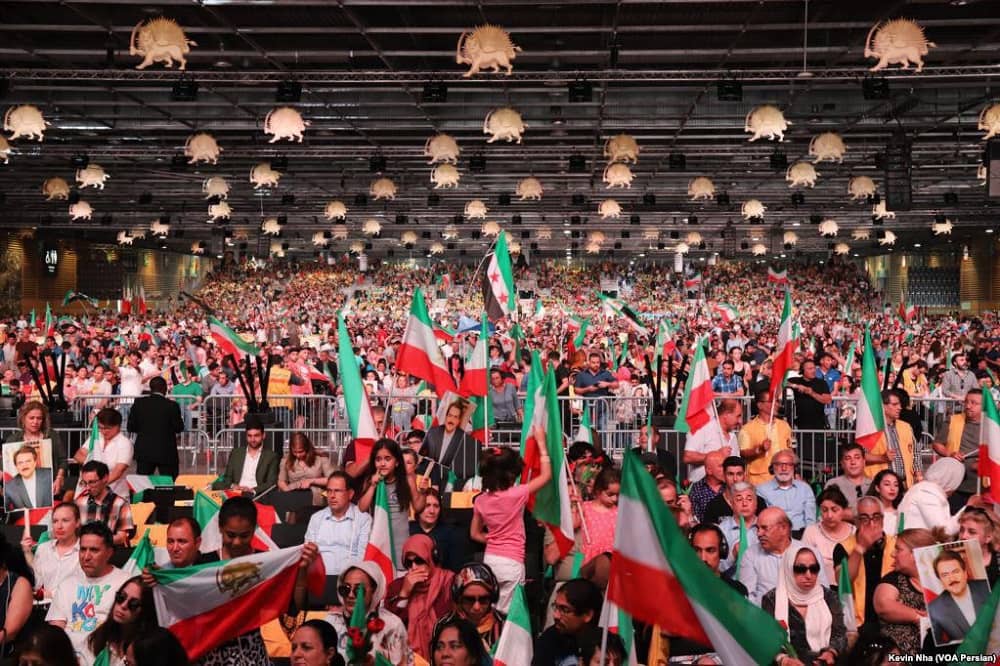 It is long past time for major Western powers to alter their strategy for dealing with the Iranian regime. Over the past three months, dozens of members of the European Parliament have endorsed that sentiment by signing their names to a statement originally prepared by the British Committee for Iran Freedom, which decries the “lack of a coherent policy” under present circumstances and blames inattention to Iran’s human rights abuses for the ongoing “deterioration” of the regime’s record in this area.

Many of the statement’s signatories, of which there are at least 63 from the European Parliament and dozens of others from the British parliament, will contribute to the Free Iran World Summit between Saturday and Monday, where they can be expected to reiterate their support for a sharp turn toward more assertive policies including tougher economic sanctions and greater diplomatic isolation. The event will be comprised of various gatherings of Iranian expatriates throughout the world, linked together via a live internet stream.

The European statement on Iran policy has endorsed initiatives to support the Iranian people, calling upon their own governments to “hold [Iran’s] leaders to account for suppressing the Iranian people, engaging in terrorism in Europe, meddling in the region, and taking hostage individuals with dual citizenship.”

The MEPs’ statement specifically endorses the prospect of “tougher sanctions” and urges the international community to “stand with the Iranian people and their desire for human rights, freedom and democracy.” The Free Iran World Summit will no doubt emphasize that the opportunities to do so have grown substantially in recent years, and are likely to continue growing in the months ahead.

The Summit will take place less than a month after the so-called election of Ebrahim Raisi as the country’s next president. The month before the election, NCRI Foreign Affairs Committee Chairman Mohammad Mohaddessin held a press conference in which he predicted that the vast majority of the civilian population would boycott the political process and that this would set the stage for “nationwide uprisings” which would be “far more intense and widespread than in recent years.”

With this remark, Mohaddessin was referring to previous nationwide uprisings that took place in January 2018, November 2019, and January 2020. All three featured extraordinarily provocative anti-government slogans like “death to the dictator” and effectively exposed the extent of popular support for the prospect of regime change leading to democratic governance. Notably, the protests also condemned both of the Iranian regime’s political factions by name, telling “hardliners” and “reformists” that “the game is over” and the Iranian people will no longer accept a political system that simply trades power among two factions with equal disregard for the needs of civil society.

The effects of that system have been made abundantly clear over the past eight years, as the presidency has been in the hands of a so-called reformist, Hassan Rouhani. During that time, the number of executions carried out by the state actually increased in comparison to the previous eight years, during which an avowed hardliner, Mahmoud Ahmadinejad was president. That trend certainly includes an increase in politically motivated executions, as evidenced by other crackdowns on dissent and tighter enforcement of hardline domestic policies such as the forced veiling of women and the criminalization of religious conversion.

In fact, the last two years of the Rouhani saw his eventual successor appointed as head of the judiciary. In that capacity, Ebrahim Raisi oversaw a massive crackdown on the 2019 uprising, which killed at least 1,500 people and saw thousands of other interrogated and tortured over a period of months. Rouhani neither interfered with these reprisals nor opposed Raisi’s appointment, despite the fact that his penchant for political violence was firmly established in the early years of the regime.

In the summer of 1988, Raisi was one of the leading perpetrators of a massacre of political prisoners. As one of four members of a “death commission” operating in the nation’s capital, he likely bears responsible for the greatest share of the over 30,000 killings that took place across the country between July and September of that year. This legacy led many Iranian citizens to decry Raisi as the “henchman of 1988” in protests leading up to his “election.”

Rather than advocating for another candidate, those protesters generally promoted an electoral boycott, recognizing both that no other viable candidates had been cleared to stand for election and that participation in the electoral process would lend undue legitimacy to a system whose history of human rights abuses is an essential part of its identity. “Resistance Units” affiliated with the Mojahedin-e-Khalq (MEK) specifically promoted the boycott as a means of “voting for regime change,” and the success of their campaign reaffirmed the validity of predictions that nationwide unrest would grow even larger in the Raisi era.

Independent reporting and video recordings from throughout Iran suggest that as few as one in ten eligible Iranian voters actually took part in last month’s election. Such comprehensive rejection of ruling authorities will no doubt prompt those same authorities to attempt severe reprisals. But the same phenomenon represents a remarkable opportunity for Western powers to help the Iranian people work toward the regime’s overthrow by taking action to diminish or prevent those reprisals.

The Free Iran World Summit will provide policymakers with a venue for discussing that prospect in detail. It will even feature input from the Iranian activist community, which has conveyed messages to many previous events, thereby demonstrating the steady progress that the pro-democracy Resistance movement has made over the years. That progress dramatically accelerated with the past three years’ uprisings and with the electoral boycott, which is a portent of further such uprisings. The international community must not turn a blind eye to that progress, least of all after failing for so long to act against the human rights abuses that created such powerful obstacles for the Resistance movement.

Targeted sanctions, diplomatic isolation, and comprehensive international investigations of figures like Raisi would go a long way toward demonstrating to the regime that its long-cherished impunity is evaporating and that future attacks on Iranian activists and dissidents will result in serious consequences. Even if such strategies do not prevent clashes between dissidents and regime authorities, they will certainly inspire more of the same activism by making it clear, for the first time, that the Iranian people are not alone in their fight against tyranny and political violence.