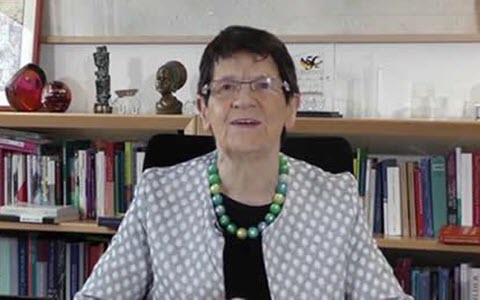 NCRI – A group of German MPs and former government officials called on EU to intervene to save the lives of Iranian political prisoners who are on a prolonged hunger strike in Gohardasht Prison.

Former President of the Bundestag, Professor Rita Süssmuth wrote a letter to Chancellor Angela Merkel expressing concern about the deteriorating health of over 20 Iranian political prisoners who continue their hunger strike that began over 4 weeks ago.

The letter reads, “We as the signatories of this letter express our concern regarding the political prisoners in Gohardasht Prison as they have gone on hunger strike since July 30 to protest against the poor and catastrophic condition in the prison. Their condition is very acute, according to the reports. The Amnesty International has pointed to the awful condition that threatens the lives of prisoners in Iran and has called for urgent measures. According to the statement released on August 1, 2017, prison controls, abuse, torture, and long-term sentences on human rights activists have increased.

A number of former German officials referred to the poor health conditions of prisoners on strike and the the regime’s officials refusal to provide them with medical care. They stated,” These prisoners are constantly under restrictions and pressure. They are threatened with being transferred to solitary confinement or maltreatments. This situation led us to call on EU to implement all political and diplomatic means to exert pressure on the Iranian regime to protect the lives of these prisoners.”