Giuliani: Regime Change in Iran Just Around the Corner 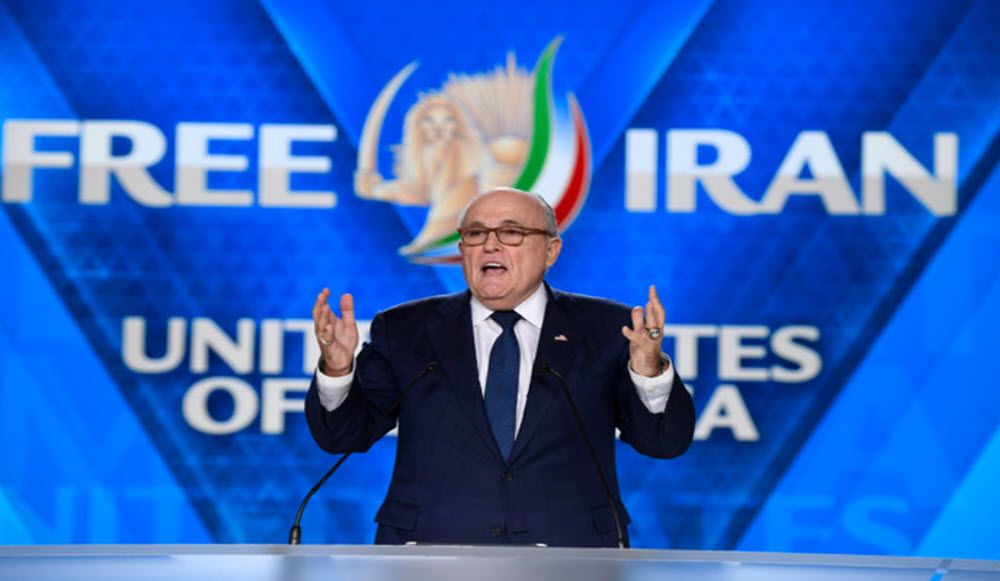 Former New York Mayor and close ally to Donald Trump Rudy Giuliani spoke passionately at the Free Iran Gathering in Paris on Saturday, expressing his support for the Iranian Resistance and his belief that the current US administration is dedicated to regime change in Iran.

Giuliani explained the regime change in Iran was on the horizon more so than ever before, something that he said was obvious from the ongoing protest movement spread to over 142 cities in January.

Giuliani lamented the fact that this regime change could have happened in 2009, during the last major uprising, but was stopped in its tracks by the US’s appeasement policy. That’s why this time is different, according to Giuliani, Trump immediately supported the protesters and condemned the Regime for their brutal crackdown.

However, while Trump has been vocal in his criticism of the Regime, there are some countries that continue to support it. In May, Trump withdrew from the 2015 nuclear deal, but Europe is still trying to save the deal to protect their trade deals. Giuliani issued a stark warning to those countries about what they are really supporting and said they “should be ashamed of themselves”.

He then advocated that women’s groups and human rights organisations should boycott the Regime and encourage others to do the same, as this will cause the collapse of the Iranian economy, spur further protests, and cause the Regime to fall. He acknowledged that the Iranian people would suffer, but argued that it’s a price the people would be willing to pay in order to achieve freedom in Iran.

He also explained that unlike previous regime changes that have led to civil war or internal strife, this movement has a government in waiting, in the form of the National Council of Resistance of Iran (NCRI) and its president Maryam Rajavi, who would steer the country through the change and stabilise the nation against such problems.

He said: “We’re not replacing one government with a government we don’t know. You have an alternative. You’ve got an alternative that’s built on a solid foundation of 12 principles. Democracy, human rights, a non-nuclear Iran, separation of church and state, and the rights of women and of all minorities to be protected. My goodness, that sounds like a full-fledged democracy. That’s what the NCRI stands for. That’s what Madame Rajavi stands for, and that’s what your martyrs died for.”

He ended by advocating the next year, the Free Iran gathering should be held in a free Iran.

Previous articleIran Regime’s Efforts to Steady the Economy Have Failed
Next articleCanadian Officials: It’s Time for Regime Change in Iran