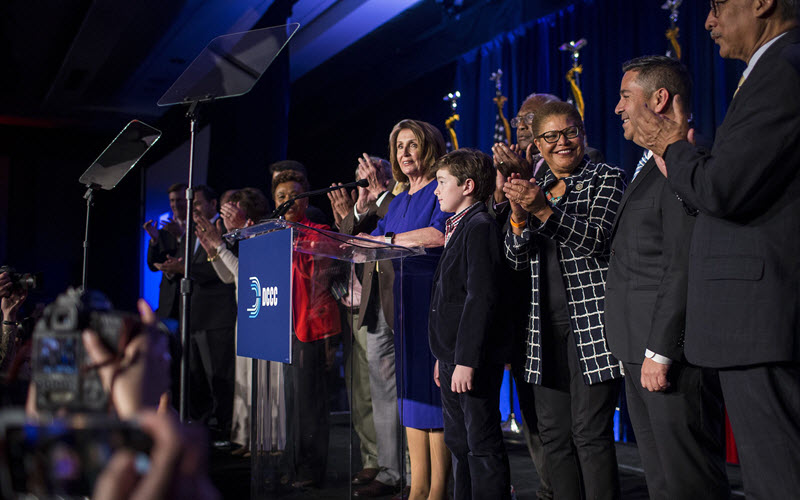 More than any president before him, U.S. President Donald Trump has been determined, since the beginning of his time in office, to put an end to the malign activity that is destabilising the Middle East, and in particular confronting Iran for its role.

He has spoken out about the Iran nuclear deal on countless occasions, even from before taking office, and his disdain of it was no secret. It was obvious that he begrudged Iran the deal because it was so one-sided.

Furthermore, the sheer amount of funds that were freed up from the deal could have made a dramatic difference to Iran, but instead of allocating the funds to improving domestic issues, the regime used them to further destabilise the region.

The Republican loss in Congress has given the regime and Iran lobbies hope. Everybody knows that there is no way Trump will give Iran any concessions, so the latest strategy is for the regime to wait it out. In other words, to keep its grip on power for as long as possible in the hope that Trump will not be re-elected for a second term.

Some believe that the recent Democratic win means that Trump will lose the battle for re-election in 2020, but this is not necessarily going to be the case. For the first two years of his presidency, Trump has had control over all parts of the government. Now he has the opportunity to pass the blame off on the Democrats and this could win him another term in office.

If this happens, it is very unlikely that the Iranian regime will be able to keep hold of its grasp on power for another term. The economic sanctions will have completely crippled the regime by then. Already, it is hanging by a thread.

Therefore, the Democratic win in Congress might be bad news after all for Iran.

The Trump administration is still reinforcing its strategy on Iran. National Security Adviser John Bolton recently affirmed that the United States would be strictly enforcing the sanctions that are already in place and suggested that further sanctions could be imposed.

The main aim of the sanctions is to give the Trump administration leverage so that it can draw Iran back to the table so that a new and much improved deal can be negotiated. Furthermore, re-imposing crippling sanctions that were in place before the 2015 nuclear deal was signed will cut the regime off from the funds that it uses to spread terrorism and chaos across the region.

Historically, and generally speaking, sanctions can be hit and miss. However, at this stage it is worth a try. The Iranian regime’s boldness and aggressiveness was getting out of hand and a military approach is probably not the best one.

The sanctions are already proving to be effective and it is imperative for the Trump administration to maintain its pressure on Iran. Along with the domestic pressure that the people are putting on the regime, it will hopefully not matter whether Trump gets re-elected or not because the regime will already have collapsed by then.

Previous article12 Detained and 30 Interrogated During Iran Teachers Strike
Next articleIRGC: Its Role and Its Aims