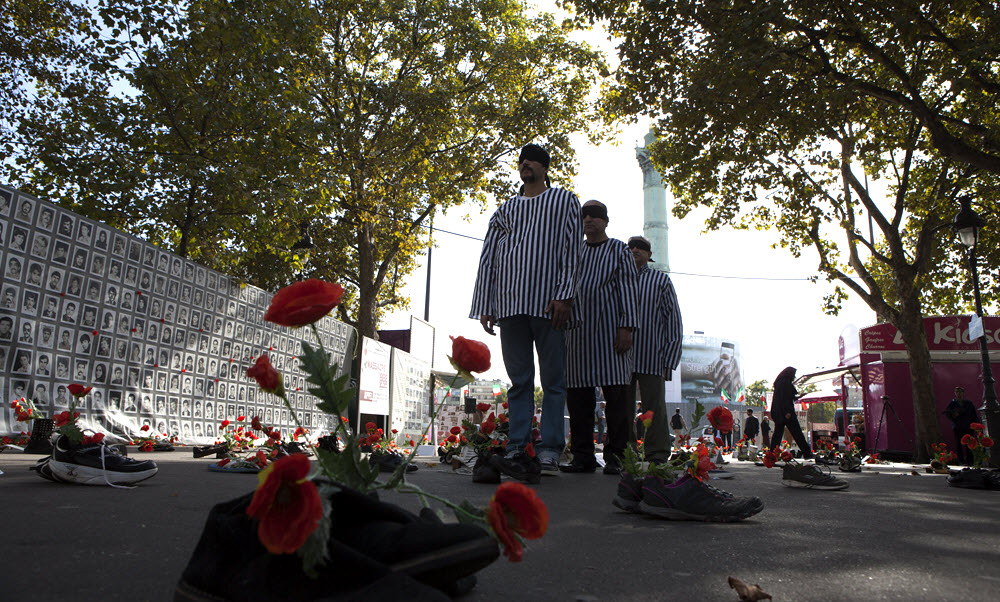 NCRI – On Friday September29, the historic Place de la Bastille in Paris – France, witnessed, the theater of a cluster of shoes and flowers symbolizing the 30,000 political prisoners executed in 1988 in Iran.

One could see photos, names, and some brief explanations, about the lives of tens of thousands of courageous men and women decimated by a fatwa of Khomeini, one of the most brutal dictators of the 20th century. “Suppress the unbelievers with the utmost violence … All those prisoners who persist in their hypocrisy are condemned to death because they are at war with God,” he wrote in his religious decree.

The killings have been described by FIDH and Amnesty International as a “crime against humanity”, which has remained unpunished. In her latest report to the United Nations General Assembly, the UN Special Rapporteur on the situation of human rights in Iran, Asma Jahangir insisted that “the families of the victims have the right to know the truth on the fate of their relatives and to take legal action “. 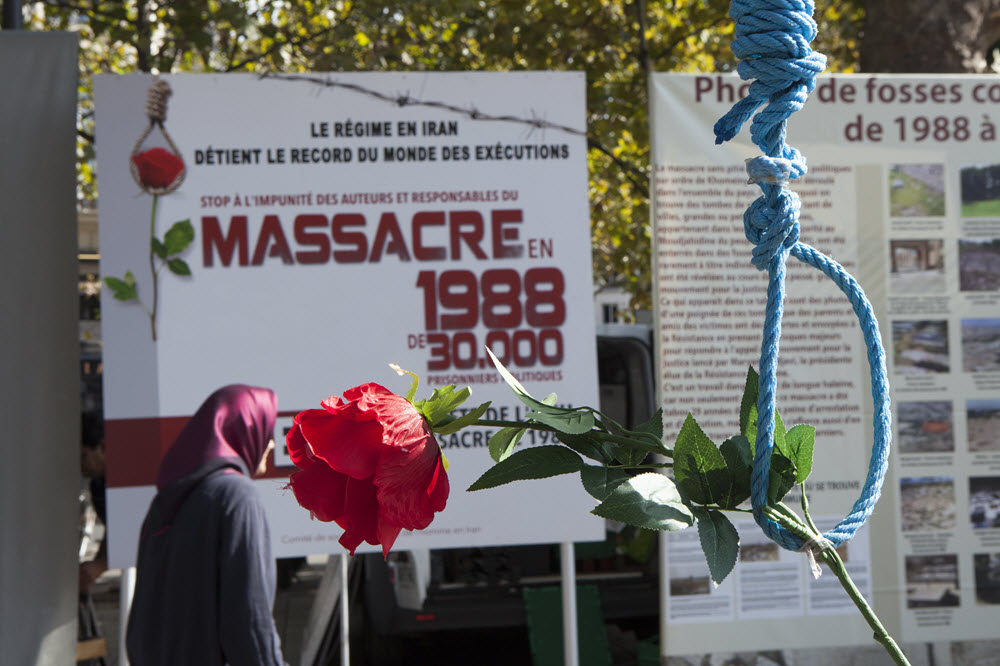 Passers-by were shocked by the drama of the “massacre of 1988 in Iran”, staged by a group of militants in the Place de la Bastille. 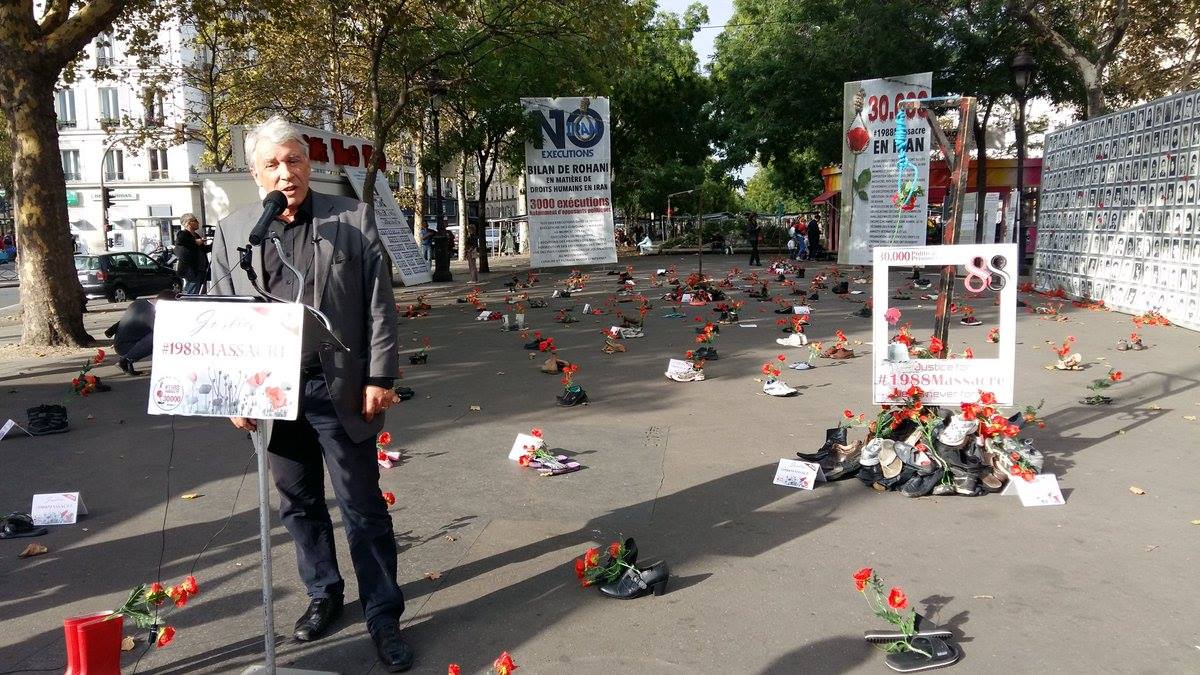 Several personalities delivered speeches during this event. Gilbert Mitterrand, president of the France-Liberty Foundation, said: “It is a tribute to the memory of a painful past, but in honoring it also we demand justice that the executioners be identified and tried.” 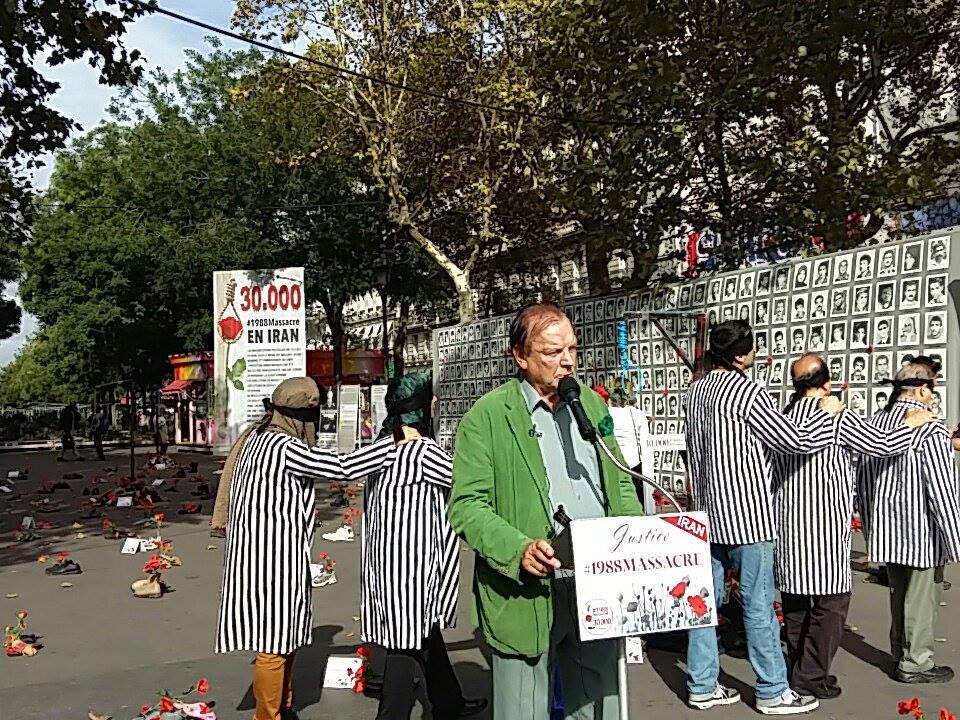 Pierre Bercis, president of the New Human Rights (NDH), stated: “we need an international investigation into the massacre,” but states should not be fooled by the Iranian regime. “Let us watch,” he said, “that the new administration (in France) is not carried away by the turpitude of the Iranian regime.” 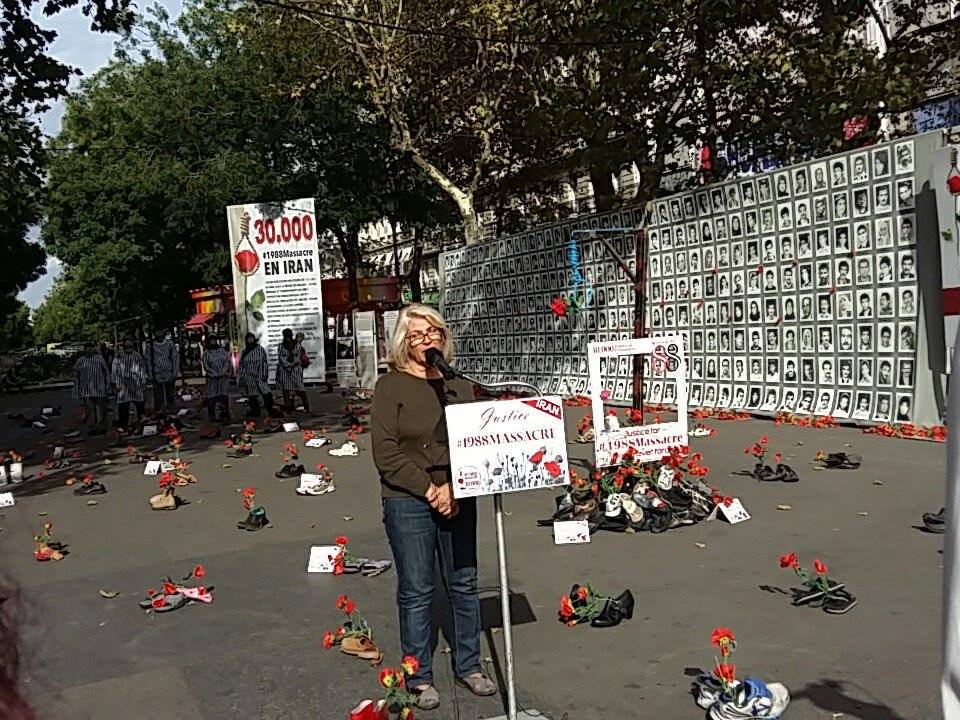 Massoumeh Cheykhi, a nurse and former political prisoner, brought a moving testimony of her executed cellmates.

Helen Fatpour, a member of the NCRI’s Women’s Committee, told reporters about the survivors of the repression and the families of the massacred: “My name is Farzaneh Majidi and I am from London. Five members of my family were executed by the mullahs, including two aunts, Mehranguiz and Soheila Mohammad-Rahimi, in 1988. Soheila was 18 years old when she was arrested and Mehranguiz 22 years. When they were executed, my grandmother was also in prison. “

Afchine Alavi, a member of the NCRI’s Foreign Affairs Committee, stressed the need for an independent international investigation by the U.N. “This recent report of the U.N must, he said, lead to a legal prosecution of the authorities of the regime involved in these crimes.”

Amnesty International has just warned of the destruction of the mass graves of massacred victims in several Iranian cities.

The UN Special Rapporteur on the situation of human rights in Iran, Asma Jahangir, said in her recent report: “In August 2016, an audio recording of a meeting between senior government officials and of religious dignitaries in 1988 was made public. It reveals the names of those responsible who ordered the executions and justified them; including the current Minister of Justice, a judge of the High Court of Justice still in office, and the head of one of the main religious institutions in the country, who was also a candidate in the presidential elections held in May. “ 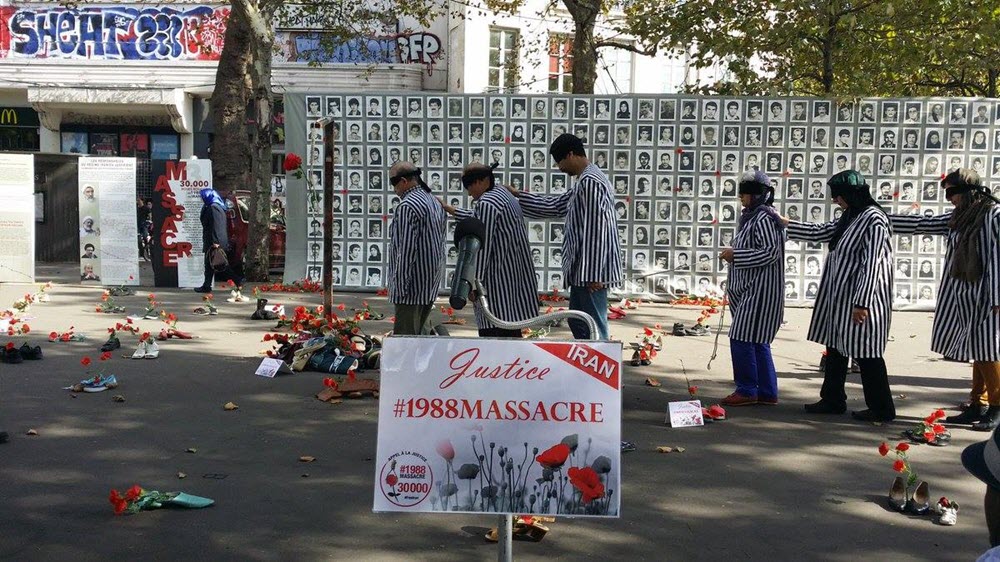 The Iranian youth are bringing to the surface these pages buried in their recent past. The perpetrators and sponsors of this massacre, now in control of a theocracy which is continuing with public hangings, will not escape their fate, which is being brought before a competent international court, to be judged in presence of observers from around the world, after the fall of the present totalitarian regime.

The martyrs of 1988 will then be on the benches of the jurors. 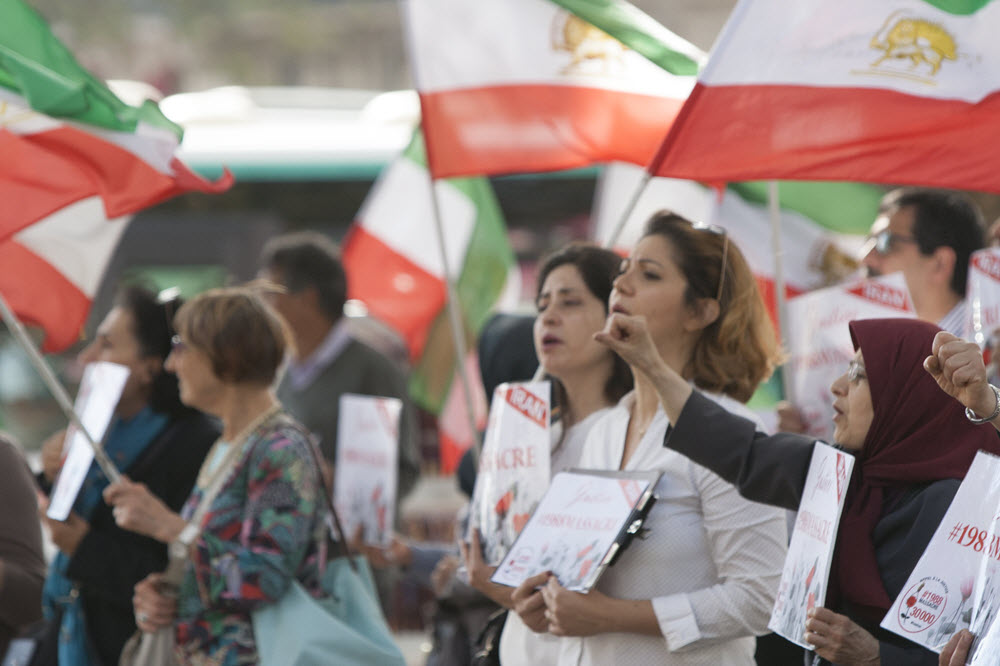 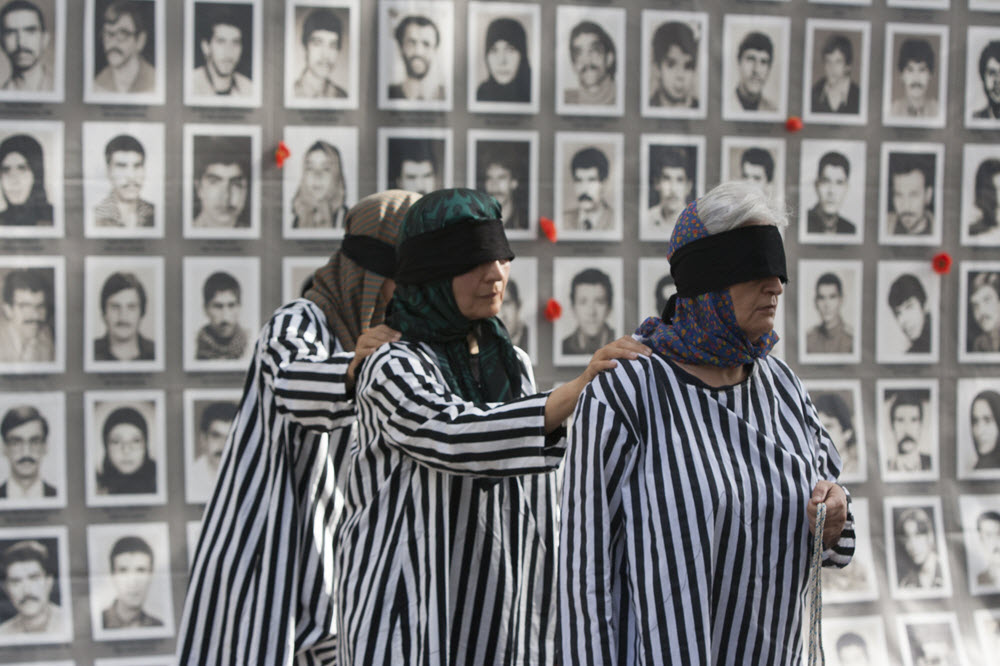 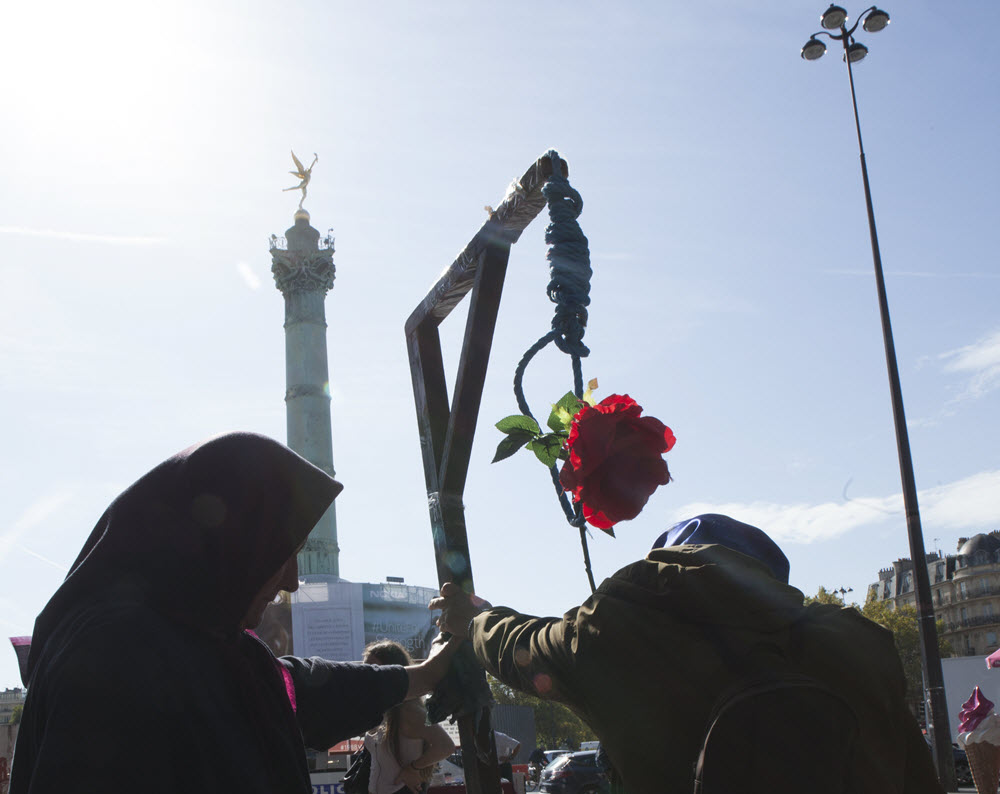 Previous articleMaryam Rajavi’s Message of Condolence, on the Passing of the Prominent Law Professor and Friend of the Iranian Resistance Cherif Bassiouni
Next articleIran: The Situation of Arrested Christian Couple Is Still Unclear