Iranian cleric says 'unclean' Baha'is must be banished from city 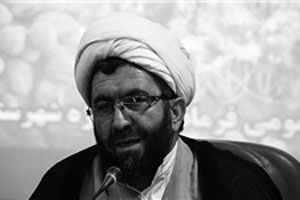 NCRI - A senior cleric of the Iranian regime has called for all Baha'is to be expelled from the southern Iranian city of Rafsanjan because they are 'unclean' and doing business with them is forbidden.

Friday prayer leader Abbas Ramazanipour told officials in the city on Tuesday: "The Baha'is are considered unclean based on decrees issued by religious leaders. This sect has created many problems in the city and they should not be here."

The Iranian regime has stepped up suppression of Baha'is in recent months with frequent arrests and interrogations.

State-run media called for destruction a building in Tehran that they said was used by Baha'is, and in other cities they have been banned from burying their dead. In Shiraz, the Revolutionary Guards Corps demolished a Baha'is cemetery, according to reports.

The suppression of Baha'is is part of a widespread increase in human rights violations under Hassan Rouhani.

More than 1,000 people, including juveniles and women, have been executed since he came to power in July 2013.

A report by the UN's Special Rapporteur on Iran Dr Ahmed Shaheed in October raised concerns over freedom of the press, noting that 35 journalists are currently behind bars in Iran. At least 300 people are in prison for their religious beliefs including 120 Baha'is and 49 Christians.

On Tuesday alone at least 18 prisoners were hanged in three prisons in Iran. The victims included two women and an Afghan citizen.