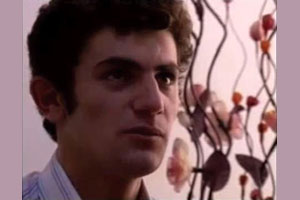 The Iranian regime's officials continue to refuse to provide information to the family of Saman Naseem, the political prisoner who was due to be executed on Thursday.

Unconfirmed reports and information about his fate and whereabouts has sparked fears that he is at risk of being tortured or secretly executed.

There is no information also available on the fate of five other political prisoners who had been transferred to isolation on Wednesday in the prison.

Political prisoners Younes Aghayan, Sirvan Nejavi, Ebrahim Shapouri, Habibullah Afshari and Ali Afshari have all been sentenced in sham courts of the clerical regime and their death sentences have been confirmed by the mullahs' Supreme Court.

Younes Aghayan, an Azeri political prisoner and a follower of Ahl-Haq, has already spent 10 years in prison.

Sirvan Nejavi and Ebrahim Shapouri, have been sentenced to death for cooperating with the Life of Kurdistan Party (PJAK).

Habibullah Afshari, 26 and his brother Ali Afshari, 34, have been sentenced to death for supporting the Komala.

The Iranian Resistance has called for urgent action by the United Nations, the United States and the European Countries to take immediate action to save the life of these political prisoners.

Mrs Rajavi, President-elect of the Iranian Resistance demanded that the dossier of the clerical regime's crimes including the execution of 120,000 political prisoners be referred to the International Criminal Court by the United Nations Security Council.

As early as Sunday, Naseem was beaten to force him to make TV ‘confessions,’ according to an Urgent Action issued on Monday by Amnesty International on Monday.

“Saman Naseem was allowed no access to his lawyer during early investigations and he said he was tortured, which included the removal of his finger and toe nails and being hung upside down for several hours,” Amnesty statement said.

“Saman Naseem called his family on 15 February and told them that earlier that day men in plain clothes had taken him to the security department of the Oroumieh Prison. He said the men, who he believed belonged to the Ministry of Intelligence and were carrying cameras and recording equipment, beat him for several hours to force him into making video-taped ‘confessions’, but he refused to do so,” AI statement added.

In a letter seen by Amnesty International, Saman Naseem had described how he was kept in a 2 x 0.5 meter cell and constantly tortured before being forced while blindfolded to put his fingerprints on 'confession' papers. He was forced to admit to acts that lead to his conviction.

Hassiba Hadj Sahraoui, Amnesty International’s Deputy Director for the Middle East and North Africa, said in a press release on February 13: "This is the reality of the criminal justice system in Iran, which makes a mockery of its own statements that it does not execute children and upholds its obligations under the Convention on the Rights of the Child,” Hassiba Hadj Sahraoui said.