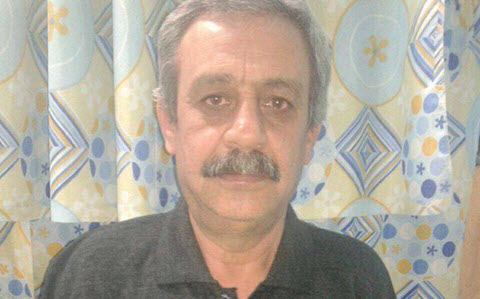 NCRI - Political prisoner, Reza Akbari Monfared, incarcerated in Gohardasht prison wrote an open letter addressed to the wakeful consciences and human rights activists to expose the scenes and conspiracies of the Iranian regime regarding the visit of ambassadors of some countries to Evin prison.

The letter reads in part:

I speak to you from the depths of the Medieval Prison of Gohardasht to talk about a regime that has been condemned for more than 60 times by the United Nations for having committed human rights abuses against Iranian people.

Recently, an audio recording belonging to Mr. Montazeri who was Khomeini’s heir at the time was released after 28 years, in which this historical document points out the executions of more than 30,000 people executed without trial in 1988 most of them sympathizers of the People's Mojahedin Organization of Iran (PMOI or MEK) including high school students, university students and professors, workers and Bazaar merchants as well as many women.

In this audio file, Mr. Montazeri addressing the “Death Commission” in Tehran and face to face with its members, including Rouhani’s current justice minister, announced: “History will introduce you as the worst criminals.”

Yes, I know about mothers whose 6 children and family members have been executed by this regime, the Godfather of Daesh (ISIS), without giving the victims’ bodies to their families or even inform them about their burial place.

These bereaved families are still waiting to be informed about their children’s burial place and accountability of the regime officials about the execution of their children.

Yes, in such a situation that the bereaved families of the executed prisoners are disappointment by the regime’s lack of accountability and those responsible for the crime against humanity, they turned after 30 years to the international human rights communities and have launched justice-seeking movement appealing for justice for them.

Meanwhile, the regime have been trying to whitewash and escape accountability of its crimes by various method including TV shows and in a desperate attempt has taken a number of irresponsible ambassadors of different countries who are unaware of the past history of Evin prison to the prison to show them some office buildings that are empty of the political prisoners without the visitors being able to have any contact with the men and women political prisoners and prisoners of conscience incarcerated in Evin prison.

Undoubtedly, these gentlemen ambassadors have become the regime’s stooge and a partner in the crimes committed by the regime, but of course, their representatives at the UN have repeatedly voted for condemnation of the regime for human rights violations.

If the regime is honest in its claims, I now ask, why it did not allow Mr. Ahmad Shaheed, former UN Special Rapporteur to visit the country and also despite insistence of Ms. Asma Jahangir, the UN Special Rapporteur for Human Rights in Iran, why the regime does not allow her to visit Iran to meet and speak with the political prisoners and prisoners of conscience in various prisons across Iran who are sentenced to long term imprisonment just because of their belief or even because of defending the rights of political prisoners or meet with the prisoners who have been taken hostage and incarcerated simply because they have family relationship with the MEK members, or even journalists and human rights activists, and activists supporting and defending working children as well as teachers and workers who have been sentenced to more than 10 years imprisonment?