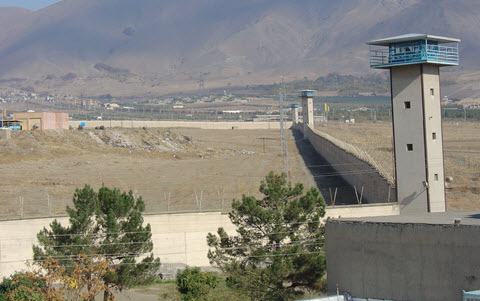 NCRI - According to reports, the political prisoners incarcerated in ward 4 Hall 12 of Gohardasht prison staged an indefinite hunger strike following the raid by special guards and forced transfer of political prisoners and prisoners of conscience to Hall 10 after beating and mayhem.

Hall 10 of Gohardasht prison in Karaj – west of Tehran, contrary to the prison regulations, is equipped with 40 CCTV cameras and sixty four surveillance systems. The agents have also prevented the transfer of all drugs and equipment of the sick prisoners.

Due to the lack of transfer of water purification and water dispenser to this hall, prisoners’ access to adequate water is also limited.

Due to the closure and welding of all the pores in this prison, a number of inmates have been reported to have been badly impacted and in serious health condition. Two brothers, Zaniyar and Loghman Moradi, who are among the prisoners transferred to this hall are also under additional pressure by the prison authorities to end their strike.

Zaniyar Moradi, the political prisoner sentenced to death, was taken outside the premises several times and threatened that his death sentence will be carried out if the protest continued.

The prisoners have been told that this rare transfer has taken place upon an order by the head of the country's prisons organization, with the aim of preventing the publication of news and reports from this place.

All 53 prisoners who were transferred to Hall 10 of Gohardasht prison have announced they will continue the hunger strike until they are returned to Hall 2.