While struggling with Covid-19 and heavy air pollution, reports from Iran indicate many Iranians have contracted Hepatitis A by consuming polluted water.

Locals in oil-rich Khuzestan province, southwest Iran, have become infected with hepatitis A after consuming water mixed with sewages following the recent floods in this province and the regime’s mismanagement.

Heavy rain and floods in the Khuzestan cities have destroyed houses, alleys, and streets, and is now affecting the residents’ health.

“Occasional floods in the cities of Khuzestan and its mixing with sewage, which sometimes spreads to homes, have caused the spread of Hepatitis A among the people of Ahvaz,” wrote the state-run Hamdeli daily on Tuesday. 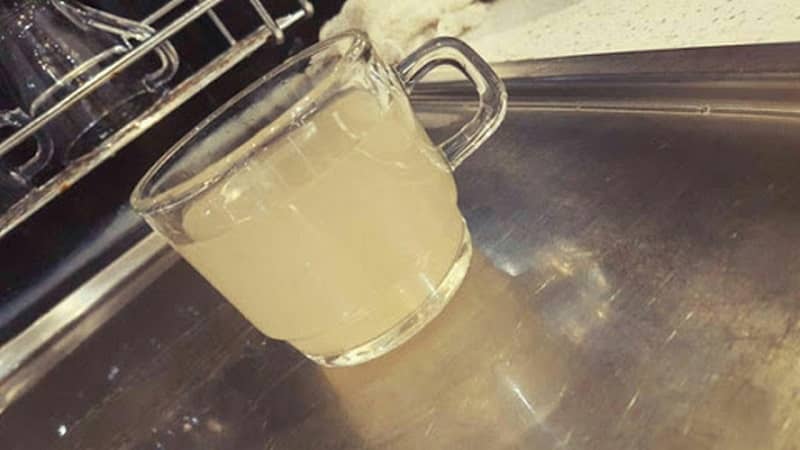 Mohammad Reza Izadi, the head of the Ahvaz City Council Investigation, Supervision and Inspection Commission, told Hamdeli: “For several months, I was provided with confidential documents from the ABFA company’s archive stating that the health center had reported people contracting Hepatitis A. In other words, the mixing of water and sewage caused intestinal diseases, but these cases were not addressed.”

This is not the first time that hepatitis and intestinal diseases occur due to polluted water. Since the sewage systems of most cities in Khuzestan, including Ahvaz, are not standard, with the slightest rainfall, rainwater mixes with sewage and such diseases also spread among the people.

In 2018, Shokrallah Salmanzadeh, head of the Khuzestan Health Center, said that “due to water pollution in Khuzestan, 34 cases of Hepatitis A have been observed in Masjed-e-Soleiman and Izeh cities” during the same year.

The polluted water has not only caused Hepatitis A or gastrointestinal disease in Khuzestan province. A few years ago, Ebrahim Rajabzadeh, a member of the Karun River National Conference’s scientific committee, said: “The source of most of the cancers in Khuzestan is polluted water and compounds such as lead and mercury.”

The regime deprives Khuzestan locals of potable water, while this province is Iran’s second most lucrative province and has vast resources of gas, oil, petrochemicals, sugarcane, and many other resources.

The root of this problem, like many others, lies in the regime’s mismanagement.

The state-run newspaper Vatan-e Emrooz published an interview with Hasan Darwishian, the head of the Inspection Organization of Iran, on December 8, in this regard, which further confirmed how the regime’s mismanagement affected the flood and other crises in Khuzestan.

“This problem is due to the infrastructural shortages which should have been predicted earlier. Khuzestan’s comprehensive drainage plan started back in 2006, but unfortunately, no more than 40 percent of the plan has been completed,” said Darwishian.

There have many unfinished projects like the drainage plan in Khuzestan. The regime’s institutionalized corruption prevents any project from finishing.

The regime pays no attention to Iran’s social, economic, and environmental issues. Simultaneous with the water crisis in Khuzestan province, people across Iran are grappling with air pollution, which intensifies the coronavirus effects.

The air pollution in Iran is due to the high amount of fuel oil (mazut) consumed by factories, heavily polluting the air.

Reports from Iran indicate a massive blackout affected several cities in Iran on Tuesday. Last week, the regime’s officials announced people must endure long sessions of power outages. The regime has stopped power plants from working, ostensibly to prevent them from polluting the air, rather than giving them gas. The authorities claim Iran does not have sufficient gas.

Meanwhile, Iran’s discovered gas reserves to date are 33.2 trillion cubic meters, and it has 17.2% of the world’s total gas. The officials claim that due to high gas consumption by the people, they cannot supply the gas needed for power plants. Therefore, power plants have to use fuel oil to generate electricity or be shut down.

Iran does not face a gas shortage. The regime’s real aim is to continue plundering the national wealth for funding their malign activities. To have further benefits, authorities want to export more gas, which requires the transfer of less gas to domestic power plants.

The air pollution increases the coronavirus outbreak’s mortality rate, which has already surpassed 200,000. All the while, the regime’s Supreme Leader, Ali Khamenei, also blatantly banned the entry of reliable vaccines.

All the facts on the ground confirm the regime’s intention to use every means for killing Iranians and destroying Iran to continue its rule.

As Mrs. Maryam Rajavi, the President-elect of the National Council of Resistance of Iran (NCRI), said: “On the one hand, the inhuman clerical regime squanders the Iranian people’s wealth on the unpatriotic nuclear, missile, and terrorism projects. On the other hand, it kills people through the consumption of fuel oil. The mullahs’ only concern is to preserve their regime. For them, the lives, health, and well-being of the people are worthless. As long as this regime is in power, there will be no attempt to buy vaccines, no clean air, and no solutions to contain the damage caused by floods and earthquakes.”