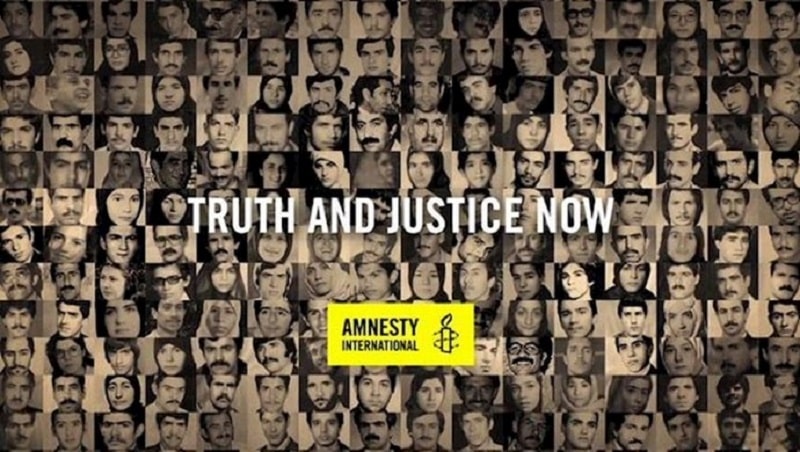 In an announcement on Wednesday, Amnesty International described the recent letter by a group of United Nations human rights experts on the 1988 massacre of Iranian political prisoners as a “turning point” in the three-decade struggle for justice for the 1988 victims.

In their letter to the regime’s authorities, the UN experts underlined that based on the facts, the 1988 massacre “may amount to crimes against humanity.”  They also reiterated that if the regime refuses to conduct an investigation and “uphold its obligations under international human rights law,” they call “on the international community to take action to investigate the cases including through the establishment of an international investigation.”

Amnesty International welcomed this letter by the UN experts and described it as “a push for accountability, on the eve of International Human Rights Day.”

“The UN experts’ communication is a momentous breakthrough. It marks a turning point in the long-standing struggles of victims’ families and survivors, supported by Iranian human rights organizations and Amnesty International, to end these crimes and obtain truth, justice and reparation,” said Diana Eltahawy, Amnesty International’s Deputy Director for the Middle East and North Africa in this regard.

“For more than 30 years, the Iranian authorities have systematically concealed the circumstances surrounding their deaths and the whereabouts of their remains, thereby subjecting the victims, including those killed and their surviving families, to the crime of enforced disappearance,” Amnesty highlighted.

More than 30,000 political prisoners were executed, mostly members and supporters of the People’s Mojahedin Organization of Iran (PMOI/MEK). Many perpetrators of this massacre, including current Minister of Justice Alireza Avaei and head of the Judiciary Ebrahim Raisi, now hold top positions in Iran.

Amnesty had previously published a report, after interviewing many survivors of the 1988 massacre and the family members of the victims, entitled as “Blood-Soaked Secrets.”

“Between July and September 1988, the Iranian authorities forcibly disappeared and extrajudicially executed thousands of imprisoned political dissidents in secret and dumped their bodies, mostly in unmarked mass graves. Since then, the authorities have treated the killings as state secrets, tormenting the relatives by refusing to tell them how and why their loved ones were killed and where they are buried. No official has been brought to justice and, in some cases, those involved hold or have held positions of power in Iran. This report calls on the UN to set up an independent investigation to help bring those responsible for these abhorrent crimes to justice,” Amnesty wrote in its report.

The massacre of 1988 remains to be one of the darkest stains on the recent history of mankind, as one of the least exposed and discussed crimes against humanity.