IRAN – Photos: Men paraded and humiliated in public before being charged 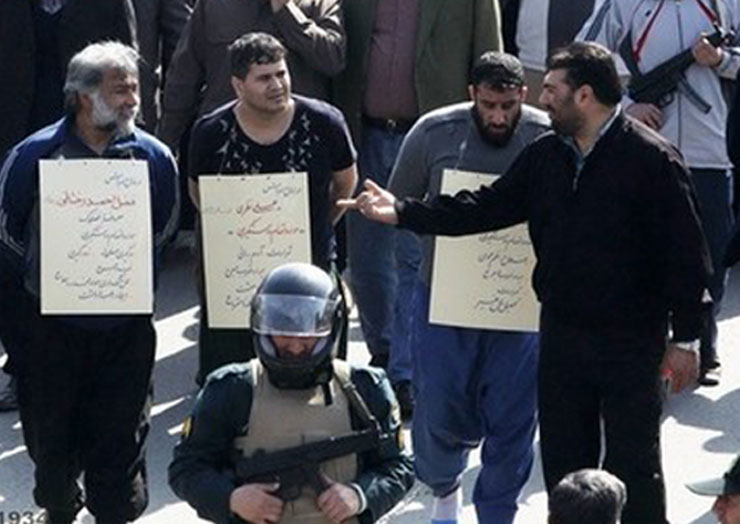 NCRI – The Iranian regime’s State Security Forces (Police) paraded three men Tuesday through streets of the city of Mashhad with their hands tied and feet chained without being charged or sentenced.

The men were paraded with big signs hanging from their neck labling them as thugs. The signs included their names and alleged crimes.

The city’s prosecutor, Gholamhossein Sadeghi, told the official news agency IRNA: “The judiciary parades in the street of the city those who disrupt the social order to be a lesson to others.”

He alleged that the crimes these individuals have committed include causing disturbance, harassment and theft.

Sadeghi said: “Although no definite verdict have been issued for these individuals they have been paraded in the city of Mashhad to be a lesson to others.”

Degrading punishments such as being paraded through streets and public floggings are systematically used by the police in Iran to create a climate of fear among the public.

The punishments are carried out without any legal process, often on youths who are paraded through their own neighborhoods with their hands tied and feet chained.

A video obtained in November shows the regime’s masked State Security Forces publicly beating and abusing a group of young men while parading them through the streets, handcuffed in the back of an open truck.

Iran has seen a surge in executions, humiliating punishments and human rights violations aimed at spreading fear and intimidation among the public, particularly to the youth and women, since the Hassan Rouhani became president in July 2013. 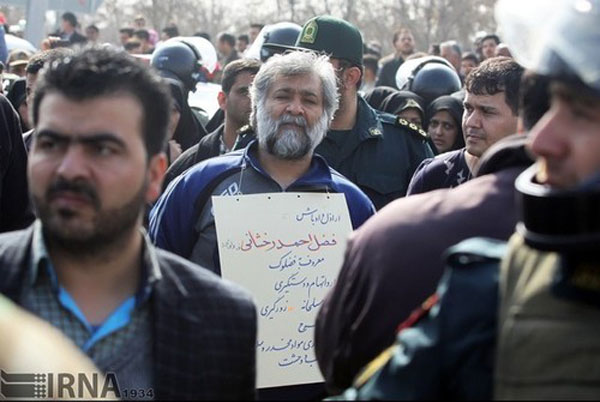 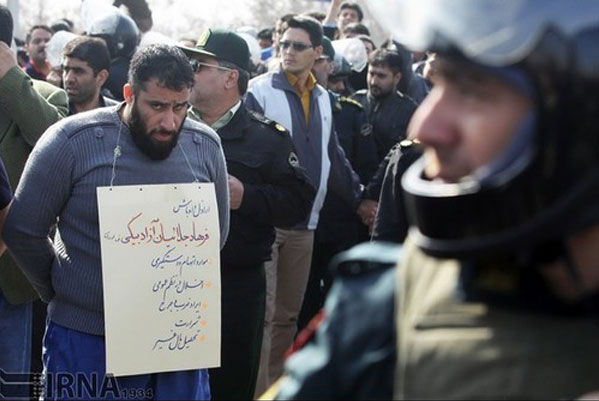 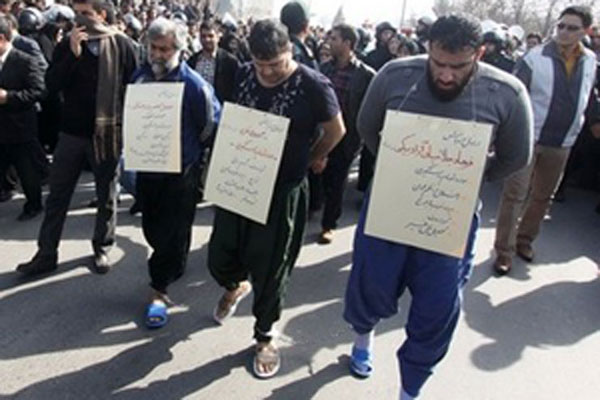 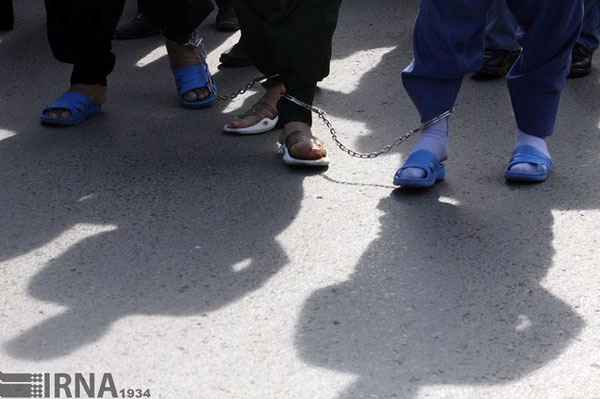