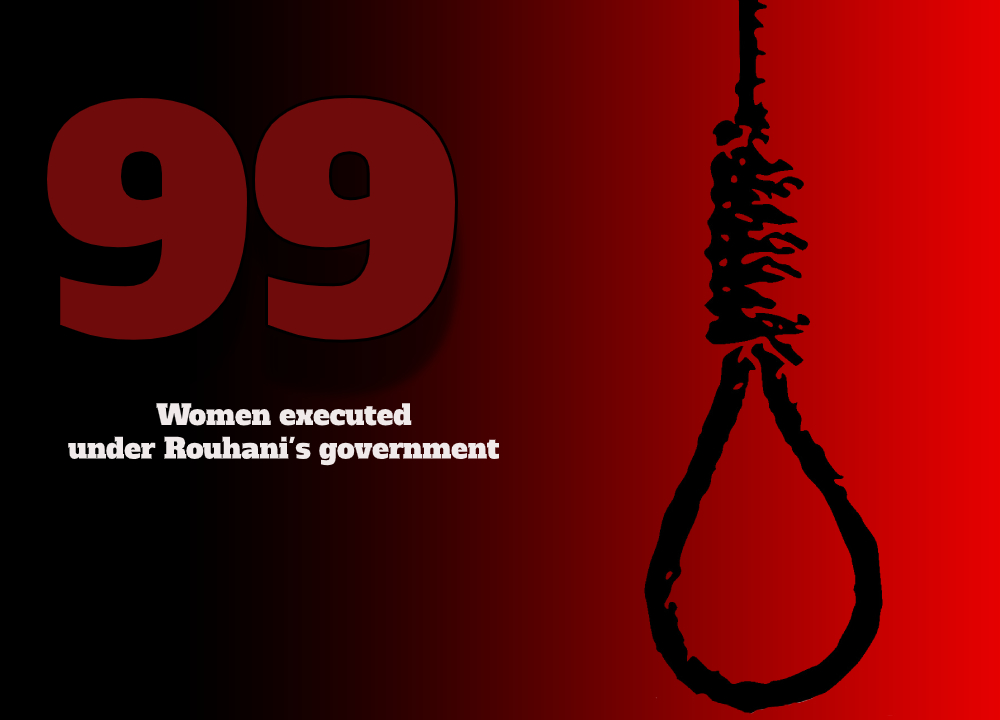 The Iranian regime has executed a husband and wife in a prison in Mashhad, north-east Iran, state media reported.

A woman, identified as Maryam, 32, was hanged along with her husband, Mehdi R., at dawn on December 8 in the Central Prison of Mashhad, the state-run ROKNA news agency reported on December 11, 2019.

Maryam was the 99th woman to be executed during Hassan Rouhani’s tenure as President of Iran’s regime, the Women’s Committee of the National Council of Resistance of Iran said.

She was the second woman to be executed in Iran within the span of a week, according to human rights group Iran Human Rights Monitor. Somayyeh Shahbazi Jahruyi was executed on December 4, 2019, in the Sepidar Prison of Ahvaz, southwest Iran, Iran HRM reported.

The Iranian regime executed five other prisoners on Monday, December 9, also on murder charges in the courtyard of Dizel Abad Prison in Kermanshah, west of Iran. Two of the victims were identified as Amir Khorram Najaf Abadi and Khalil Karami.

Another prisoner convicted of murder charges identified as Manuchehr Iranshahi was executed on December 12, in Rajai Shahr (Gohardasht) Prison of Karaj, west of Tehran.

Iran’s regime is the world’s record holder of executions per capita. At least 4,000 persons have been executed during the Rouhani term in office. The actual number of executions is much higher because most executions in Iran are carried out secretly, away from the public eye where only the masterminds and perpetrators are witness to them.

The United Nations Special Rapporteur on the situation of human rights in Iran, Javaid Rehman, has said that so far in 2019, “conservative estimates indicate that at least 173 executions have been carried out.”

Rehman expressed deep concern at the overall use of the death penalty in Iran.

Rehman also told the U.N. General Assembly’s human rights committee that he has “credible information” there are at least 90 child offenders currently on death row in Iran.