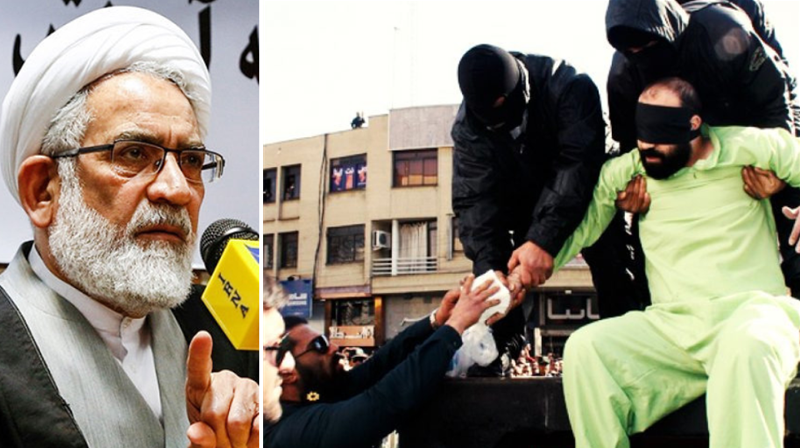 Iran’s Prosecutor-General has expressed regret on Wednesday that not enough people in his country are being punished for crimes with blindings or amputations because the country is trying to avoid international condemnation from human rights bodies or foreign governments.

In comments carried by the Fars News Agency, Mohammad Jafar Montazeri said: “Based on Quran, God, the passionate and merciful has categorically ruled that the hands of a man or a woman if proved guilty of theft, should be amputated… Unfortunately, so as not be condemned on human rights issues in the United Nations, we have abandoned some of the divine laws.”

While Ayoub Soleimani, the Islamic Revolutionary Guards Corps’ (IRGC) General and deputy commander of the Law Enforcement Force of the Islamic Republic, said on Wednesday that there are roughly 200,000 professional thieves in the country, who are responsible for 60%-65% of thefts.

Montazeri, who referred to these barbaric acts as “divine punishments”, made these comments at a time when Iran has been repeatedly criticized for this sort of retributive justice, which the mullahs believe is mandated by God.

Regardless of international outrage, Iran has never been reluctant to publically administer these punishments, including hangings and stonings, with officials claiming that they would “never surrender” to “westernized human rights”.