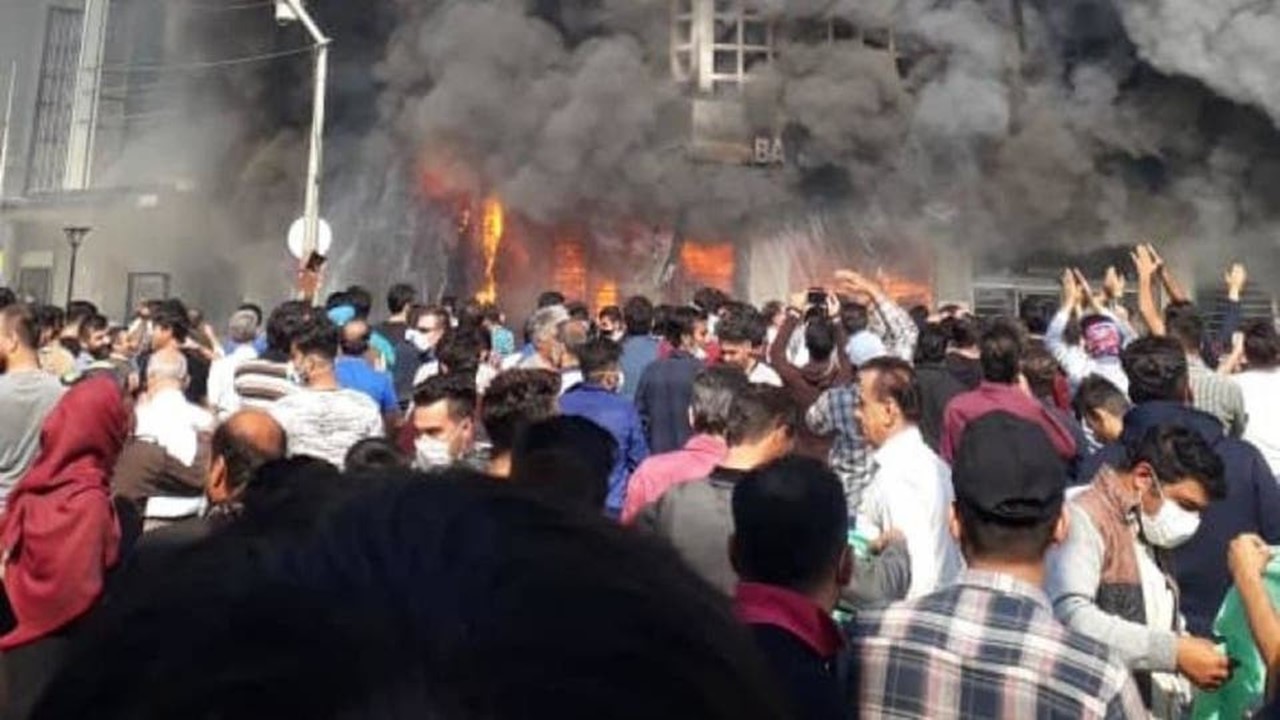 Events in 2020 showed Iranian society is on the verge of explosion, while the regime clings on to its fragile rule through brute suppression and export of terror abroad. Unlike other governments whose priority has been to contain Covid-19, Iran’s regime has tried to use the pandemic to prolong its rule.

Iran is a place where the international community effectively should focus its efforts. Iran has been hit harder than any surrounding country by coronavirus outbreaks, and that hardship has been exacerbated by worsening conditions in other areas. Human rights crises are a constant feature of the theocratic regime, both those crises have grown worse throughout 2020, partly because of the regime’s culpability for uncontrolled infection and partly because the regime has aggressively cracked down on dissent to assuage its own anxiety over recent outpourings of popular dissent.

About two months before the start of the year, people in nearly 200 Iranian cities and towns participated in a spontaneous uprising that revived, anti-regime slogans from the previous uprising at the beginning of 2018. The as pre-cursors to 2020, became reminders of how justice has been delayed for the Iranian people.

That delay does not need to persist for long past the start of 2021, though. The international community has been thoroughly distracted by the pandemic. Those obstacles were all the more challenging in light of the fact that European policymakers were already preoccupied with trying to salvage the 2015 Iran nuclear deal with world powers, prioritizing their economic interests over the Iranian people’s rights and their own humanitarian values.

However, 2020 also witnessed important steps regarding the regime’s human rights record and its other malign activities.

In September, a group of United Nations human rights experts wrote a letter to the Iranian regime questioning it over the unresolved history of a massacre of political prisoners that took place in the summer of 1988. The letter demanded answers about the incident itself and about the ongoing harassment of those Iranians who are pushing for justice for the massacre’s victims and their loved ones. Tehran was given time to respond but declined to do so, and the letter was released to the public this month.

Amnesty International promptly called that letter as marking a “turning point” in the three-decade struggle to hold someone accountable for the killings. The letter itself emphasizes that a number of members of the “death commissions” that oversaw the killings are currently top positions in the regime, include as head of the judiciary and the Ministry of Justice, and Supreme Leader.

It was largely these figures who guided the regime’s response to the uprisings in January 2018 and November 2019, and to a wide range of other outpourings of dissent inside Iran. It was also them other top officials of the regime who resolved to take their fight with the democratic opposition beyond Iran’s borders, as when agents of Tehran plotted to set off a bomb at the Free Iran gathering that was organized near France in June 2018 by the National Council of Resistance of Iran (NCRI).

That plot was disrupted by European security services and the conspirators were apprehended. Among them was a high-ranking diplomat-terrorist, Assadollah Assadi, who was serving as the third counsellor at the regime’s embassy in Vienna and has since become the first such diplomat to be formally prosecuted in connection with terrorist activity. The significance of this development can hardly be understated. Assadi’s trial is indeed the trial of the entire regime, which based on evidence, sought to eliminate the Resistance movement in 2018.

Assadi’s trial stands alongside the UN experts’ letter as something that has strong potential to help the Iranian people pick up where they left off before the coronavirus pandemic and the regime’s deliberate inaction in face of this crisis ravaged their country and placed a pause on the nationwide protest movement that began at the end of 2017. But the growing public hatred toward and the role of the Iranian opposition in guiding the society, coupled with recent developments outside of Iran, pose a serious threat to the regime’s existence. In other words, the regime’s policy of using the Covid-19 mass casualties to create a barrier against people’s uprisings, have failed.

The Iranian opposition, People’s Mojahedin Organization of Iran (PMOI-MEK) has continued the struggle for freedom and holding the regime to account through international instances despite the pandemic. That work has persisted throughout 2020, though advocates for the Resistance were surely aware of the fact that they faced an even more steep uphill battle than in years past. Nevertheless, the UN’s expanded focus on the 1988 massacre is arguably one example of how that activism has paid off.

The UN experts’ letter and the verdict in the Assadi trial should push the international community toward serious, collective action in the form of sanctions and diplomatic isolation for the Iranian regime. These measures along with the Iranian people’s desire and their inevitable uprising will double down the previous challenges to the regime’s hold on power.

In the aftermath of 2020, the International community should stand by the Iranian people and their Resistance movement in ousting the regime.