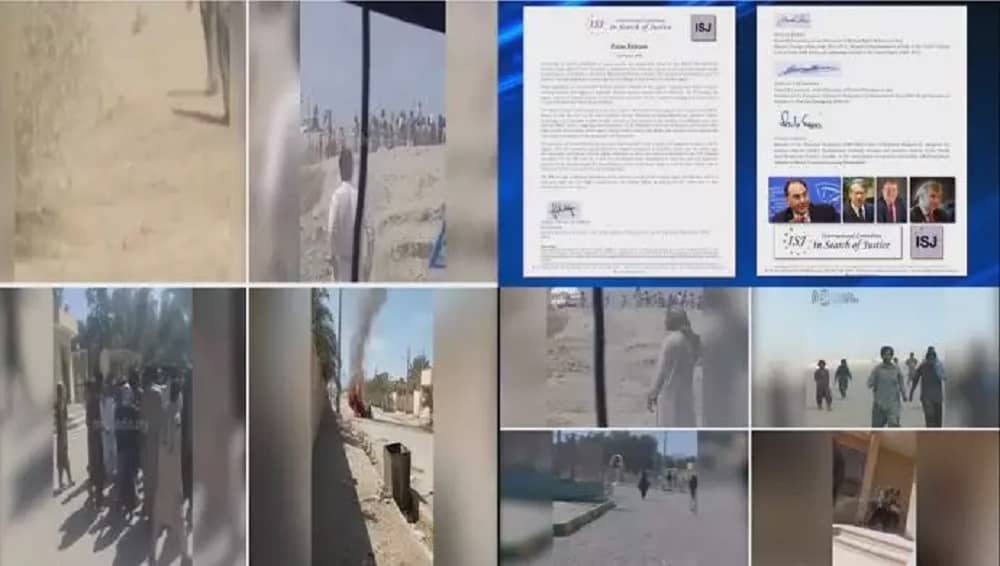 The International Committee in Search of Justice (ISJ), condemned the Iranian regime’s artillery attack on civilians in Sistan and Baluchistan. These innocent civilians were targeted after they clashed with the security forces who attempted to arrest several Baluchi citizens.

“The Baluch people and youngsters have every right to defend themselves against the heavily armed IRGC forces,” the ISJ statement wrote in this regard.

Below is the full text of this statement:

According to reports published on social media, the suppressive forces of the Islamic Revolutionary Guards Corps (IRGC) have launched a crackdown and fired live rounds at the innocent people of the Courin region of Zahedan in the Sistan Baluchistan Province of Iran. The brutal attack took place on the 1st of January as people gathered to protest against the killing of their loved ones by the regime.

Films published on social media showed military vehicles of the regime carrying semi-heavy weapons moving towards that region of Zahedan. Further reports showed that at 9:00 a.m. on 1st January, the regime started its cannon attacks on the innocent protesters. So far 3 people including one woman and a 12-year-old child have been reported killed.

The Baluch people and youngsters have every right to defend themselves against the heavily armed IRGC forces as was the case in the major protests of last February in Sistan-Baluchistan province, where, according to UN reports, at least 10 fuel couriers in the province at the border with Pakistan were shot dead by IRGC forces, triggering demonstrations on 22 February in the city of Saravan and several other cities across the province. Once again, during those protests, the IRGC and security forces opened fire with lethal ammunition at the protesters and bystanders.

The province of Sistan Baluchistan has been impoverished by the corrupt and suppressive policies of the regime. Now the theocratic regime intends to commit a massacre in Zahedan, while, only two weeks ago, the systematic and blatant human rights violations in Iran have been condemned by the UN General Assembly for the 68th time. It is time for the international community to back the just and legitimate protests of the Iranian people for their freedom, justice, and human rights as well as their welfare, and to hold Iran’s rulers to account for suppressing them.

The ISJ strongly condemns the killing of innocent people in the Courin region of Zahedan, and as a first step urges the UN High Commissioner for Human Rights as well as the EU authorities to take immediate action to stop it.