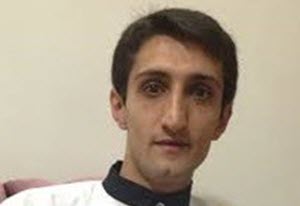 NCRI – Ebrahim Firouzi, an Iranian Christian prisoner in the notorious Gohardasht (Rajai Shahr) Prison in Karaj, north-west of the Iranian capital Tehran, is being deprived of medical treatment by the mullahs’ regime although he suffers from acute diseases, according to local reports.

It is over a year now that he is suffering of acute pain in the left side of his chest and his condition has deteriorated in the past three months.

Mr. Firouzi was arrested on August 25, 2013 and condemned by a court in Robat Karim, south-west of Tehran, to one year in prison and two years exile in Sarbaz County. Although his prison term ended on January 13, 2015, he is still being kept in prison. New bogus charges were raised against him on March 8, 2015 for ‘acting against national security’ through community means, and he was subsequently condemned to five years in prison by the henchman-judge Moqiseh in Branch 28 of the regime’s courts.

He is currently in detention in Ward 10 of Gohardasht.