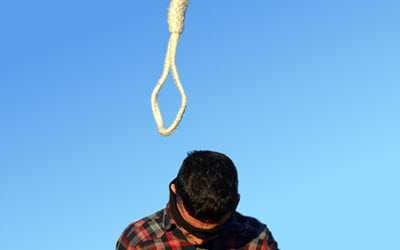 NCRI – According to state-run IRNA news agency, Abbas Jafari Dolatabadi, Iranian regime’s Tehran Prosecutor General, announced Wednesday February 8 that based on regime’s Islamic Penal Code, the Prosecutor Office has submitted requests to the courts to cancel retaliation sentences for ten under-18 convicts, of which six requests have been accepted.

International human rights organizations have repeatedly expressed concerns over executing convicts who were under-18 at the time of their offense, saying that a lot of such convicts in Iran are awaiting execution.

Amnesty International had previously announced that between 2005 and 2015, at least 73 convicts who were under-18 at the time of the offense have been executed in Iran. There are at least another160 such convicts who are awaiting execution, according to a report by the UN.

The UN has also recently reported that Hamid Ahmadi, sentenced to death for committing murder at 17, has been taken to solitary confinement in Rasht’s Lakan Prison, due to be hanged on February 11.

Jafari Dolatabadi also announced on Wednesday that according to Article 302 of regime’s Islamic Penal Code, Tehran Prosecutor Office has requested that17 retaliation cases be revised, which has led to three retaliation sentences being cancelled.

Iranian regime’s Attorney General ‘Mohammad Jafar Montazeri’ has recently emphasized that the death penalty is not going to be removed from the regime’s drug penal code.

Earlier, Mohammad Bagher Olfat, regime’s Deputy Head of the Judiciary on Crime Prevention, had announced that execution of drug traffickers in Iran has not been ‘deterrent’.