Iran: 10,000 truck drivers on strike to protest increase in heavy taxes and corruption in Transportation Organization

On April 11 over 4500 truck drivers continued their assembly and strike for the sixth straight day in Bandar Abbas transportation terminal. A day earlier, the regime’s officials arrested three of the protestors instead of addressing their demands. Around 6000 truck drivers in Shiraz, Esfahan and Yazd also went on strike in solidarity with their fellow workers in Bandar Abbas. The protestors called for the unconditional release of their colleagues.

This protest gathering is against the dominion of corruption in Iran by the Road Maintenance and Transportation Organization that loads the trucks upon extortion and receiving bribes while favoring the regime’s elements by giving them special privileges and loading their trucks out of the queue. This has resulted in hardworking drivers having to wait in line for up to 20 days.

In addition to the Transportation Organization, the tax department has also been pressing the drivers by imposing new taxes. This is in addition to all sorts of commissions and charges imposed on drivers by various governmental departments.

It should be reminded that it is a long time now that the drivers have been demanding a change of the corrupt management of Iran Road Maintenance and Transportation Organization, but Rouhani’s government is only interested in extorting money from drivers using various pretenses.

The Labor Committee of the National Council of Resistance of Iran brings the attention of all agencies that support drivers and laborers to the immense pressure imposed by the Iranian regime on the drivers and on the Iranian people in general and urges condemnation of this regime by these agencies, including by the International Labor Organization.

Mr. Abbas Davari, Chair of the NCRI Labor Committee, hails the striking drivers and calls on all transportation syndicates and labor unions, as well as other defenders of labor rights to support the striking drivers in Iran and demands the unconditional release of the arrested drivers. It urges the Iranian people, especially the youths, to support and to express their solidarity with the hardworking truck drivers and their families. While the Iranian regime spends billions of dollars of Iranian people’s wealth on its warmongering interventions and export of terrorism to the region and its nuclear and missile programs, the deprived class of the society only reaps poverty, misery, the pillage of their wages, and oppression.

Labor Committee of the National Council of Resistance of Iran
April 12, 2016 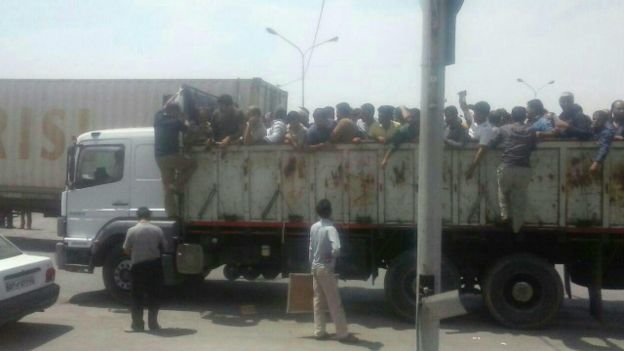 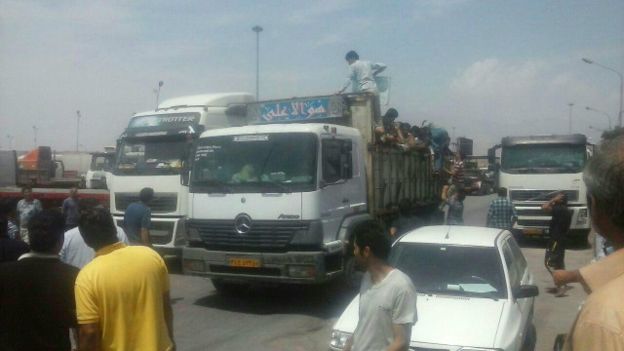 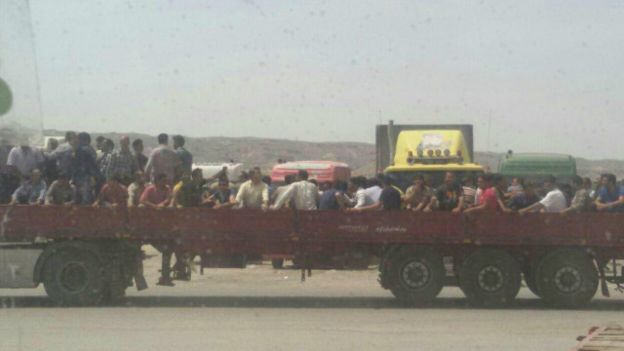 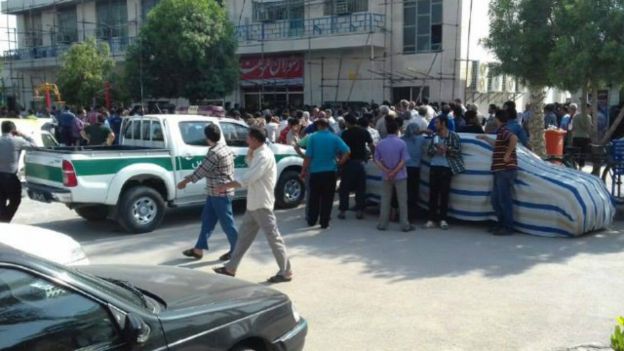