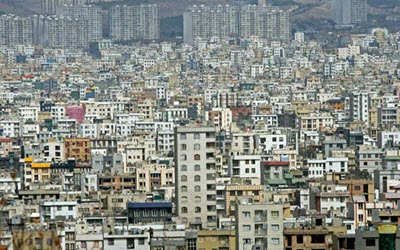 NCRI – According to the stat-run «ISNA » news agency, Alireza Dabir head of the Tehran’s city council’s Budget commission stated: “Some 100 more buildings have the same condition of Plasco.

“The number of floors in these buildings may not be the same as Plasco but their lack of safety standards is similar to the collapsed iconic high-rise,” he said.

Based on the news and reports about Plasco incident, no one is expected to have survived.

Spokesperson of the headquarters of Plasco building incident crisis management, on Friday January 20 announced the situation under the rubble is critical and it is not expected that anyone remain alive.

“The operation to remove the rubbles still continues. Hidden fires are still present and we almost cannot expect anyone has remained alive. The rubble is so compressed that no air can get through and for this reason when we move part of it, is gets inflated the bodies of our colleagues little by little is getting damage.

According to Reuters, January 20, quoting the regime’s sources 20 people have been killed and 25 other missing. But witnesses say the number of victims is much more.

On Friday, regarding details of the fire in Plasco building Mehdi Chamran, head of Tehran’s city council said: “Fire was extinguished but around 11:30 three consecutive explosions caused the upper floors to collapse, this building did not have gas but was using diesel for heating. And the flames resulted in heating up all columns of the building. When upper floors collapsed, a strong strike hits lower floors and all rubbles came down on it.

Previous articleIran: Gender Segregation in Tehran, This Time by Separating Recreation Centers
Next articleTehran Municipality Has Failed to Fulfill Its Obligations Regarding the Plasco Building