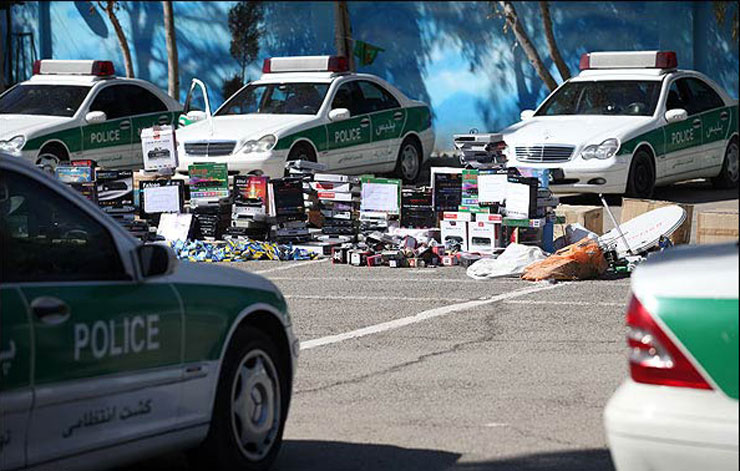 NCRI – The Iranian regime’s morality police has arrested 21 individuals in Tehran who have been allegedly involved in the production and sale of satellite dishes and other equipment helping Iranians watch satellite TV channels.

The head of Tehran’s morality police claimed his forces have destroyed the ‘network’ with ‘very advanced workshops’ for their production of satellite equipment.

Colonel Mohammad Masoud Zahedian said: “In this regard, 21 people were arrested and more than 640 000 pieces of equipment were confiscated”.

Colonel Mohammad Masoud Zahedian said the network had six manufacturing plants and warehouses and was active in the central provinces, Greater Tehran, Alborz, East and West of Tehran province.

“All members of this group, which included 21 people, were arrested and a number of foreign workers who worked in the workshops were deported from the country after the arrest.”

Zahedian said: “The production workshops were very well equipped and had advanced to the point that they were equipped with painting furnaces and press machines.”

Along with intensifying the filtering of websites and social media and depriving the Iranian people of free access to the internet, the Iranian regime is increasing its crackdown on satellite channel viewers and distributors of satellite equipment.

In December, a representative of Ali Khamenei in the Revolutionary Guards, said the presence of Internet and satellites in the Iranian people’s houses are like the presence of “devil” which causes mankind to be deviated from the right path.