Iran: A Dream Perished on the Streets 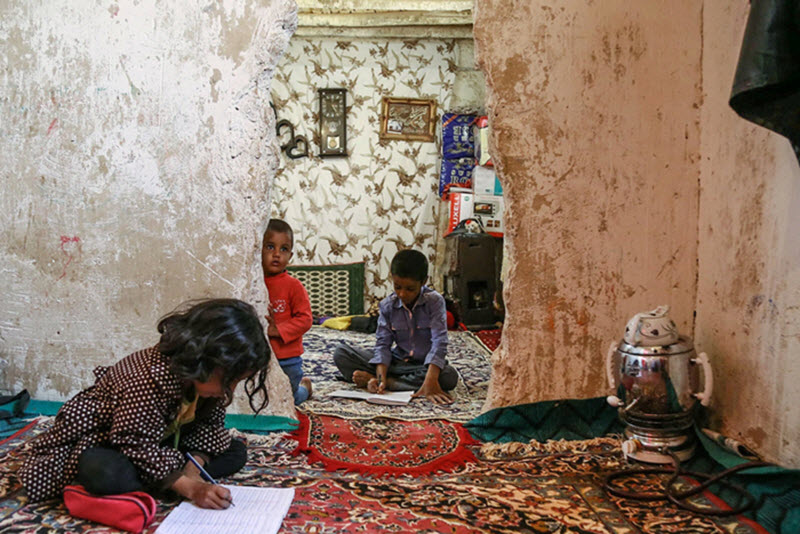 In the cities and villages of Iran exist children with short-lasting crazes for the start of the new academic year but instead end up working at local brick kilns or as carpet makers to help support their families.

During the first few days of the opening of schools, once again the number of children who will be deprived of education is discussed.

If we are to discuss the statistics, a precise number can never be obtained as the ruling regime lacks transparency and portrays everything as insignificant.

What’s intriguing is that even within the regime itself there is a deficiency of uniform numbers and statistics.

According to the statistics of the welfare organization, there are 327,000 children who are deprived of education in Tehran alone.

The province of Sistan and Baluchestan is also ranked high on the chart and on September it was reported that 120,000 children could not access education.

There are an overwhelming number of children seen on streets working as street vendors or having full time jobs begging passersby or those who secretly earn money working in manufacturing workshops and service centers.

The ILNA news agency reported from the Workers’ House or the Coordination Center of the Iranian Workers’ Councils that the current situation, in particular wages are under the poverty line or the failure to pay workers’ salaries for long periods of time, has worsen their distress as they now have concerns over not being able to afford their children’s stationary supplies nor the cost of their education. This concern has become so serious that the children of these families, despite the dissatisfaction of their parents, are forced to drop out of school and enter the labor market in order to help out with living expenses.

Such children who are eager to study and have dreams of a bright future put aside the opportunity of education and enter false social affairs.

In accordance with the 1973 act of the International Labor Organization convention number 138, the minimum working age for children is 15 years old and those below the age of compulsory schooling should not be employed.

Article 79 of the Labor Law of this same regime affirms that it is completely prohibited for people under the age of 15 to work.

However, due to some changes to these laws, loopholes have been found making it possible for children to work.

Regarding this, Article 188 of the Labor Law should be mentioned, according to which children in domestic work and in accordance with Article 196 of this law are not prohibited from working in small workshops containing less than 10 people…

Nevertheless, there is an answer to all this pain, suffering, poverty and thirst.

In this aggravating society, schools and universities, as it has been in past years, can be a place for protests and rebelling against this type of discrimination.

Because the ruling regime can never rest against the young generation and the teachers each of whom can be a platform for protests and rebelling.

Previous articleIran Regime Threatens Striking Truckers to Execution
Next articleEnding the Dictatorship of Mullahs Is up to the People of Iran Now!