Iran: A Tsunami of Poverty That Stems From the Regime of Mullahs 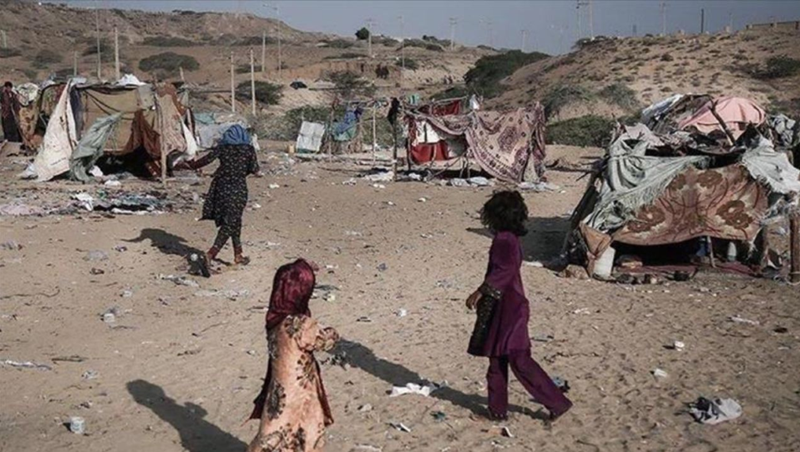 Poverty is speedily spreading across Iran; in fact, as acknowledged by many government officials themselves, more than 70% of Iran’s population is living under the poverty line now.

According to ILNA (October 31st, 2018): “At this point in time, around 70% of our population lives in a very vulnerable situation. Though the poorer class have been hit the strongest by poverty, the middle class is also suffering as much, especially given that they can’t reduce their expenses all that easily”.

According to an article published by TASNIM (November 19th, 2018) – titled “fall of the middle class into working poor”, and in the words of the Advisor to Iran’s President: “Before, 2/10th of Iran’s population was poor, 6/10th middle class, and 2/10th upper class. But things have changed Now, with 4/10th being poor and 4/10th middle class; the upper class remain the same”.

A 2-fold rise in Absolute Poverty

TASNIM also comments in this regard (October 26th, 2018), stating that “To provide for a 3-membered family, either the breadwinner has to have 3 jobs, or the entire family must work, to afford basic monthly needs”.

At this point in time, there are more than 13 million people in the lower class of Iran’s society. Assuming that every one of them is part of a 4 membered family, there would be nearly 52 million people in poverty.

Even based on the most optimistic government assessments, poverty line stands above 5 million Toman. The income of working poor can interestingly get as little as just 1 millon and 114 thousand Toman. Not to mention that contract workers (which comprise 96% of current workers in Iran) get paid even less than this amount.

The increasing unemployment is one of the main reasons why many workers are now giving into temporary contracts (which come with minimal income and benefit).

Eghtesad News had previously written in this regard (June 17th, 2018), in an article titled “12 million workers on temporary contracts”, explaining that “currently, we have more than 13 million public workers, 12 million of which (i.e., 96%) are on temporary contracts – ranging from 3 to 6 months in length. The remaining workers (i.e., 4%) that are permanent are older employees who are close to retiring. Therefore, technically speaking, majority of workers are now on short contracts.

ISNA released a segment in this regard (May 3rd, 2018), titled “signing blank contracts is a crime of regime against workers” acknowledging that “signing blank contracts is amongst the many crimes that are taking place towards our workers. These workers, who earn minimal income and have no insurance, are ultimately risking their lives. Employers have even been witnessed to take away and arrest many of these workers, in an attempt to avoid paying their insurance fees.

Many classes, especially the poorer ones, are now selling their body members or even their kids, to afford basic needs.

Titre Tek comments about this under a disturbing picture from Tehran’s streets (November 16th, 2018): “If you take a stroll in Tehran’s streets or any other’s, you’ll come across many disturbing things. Such as the places where people sell bits and pieces of their body. They’re clearly fed up with the increasing poverty!”.

ISNA also highlights this issue (October 3rd, 2018): “due to the lack of payments and accumulating economic pressures over the past few months, the personnel of Khomeini Hospital (located in Karaj) have turned to selling kidneys, as they’re unable to pay for their rents or children’s school fees”.

The struggles of Iranian citizens, such as the mentioned poverty or the drying of lands and annihilation of agriculture, shows just how much the regime has plundered from and damaged the nation.

Not long ago, ISNA wrote that “Iran’s provinces are quickly fading away; even the biggest areas have now turned into small places with little or no facility at all. Based on the latest announcement from Iran’s National Institute of Demographic Studies, 40 thousand of Iran’s villages are currently free of any residents, and in terms of land conservation, 10 provinces are also deemed to be in crisis”.

All these problems are clearly stemming from the corrupt regime of mullahs. Which basically means that the only way to overcome these challenges, is to subvert the regime itself.

Previous articleWednesday’s Iran Mini Report – December 5, 2018
Next articleStudent Protests in Tehran and Other Cities on the Eve of Student Day