Iran: a warning about an uprising similar to Tunisia 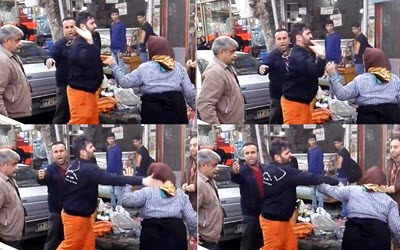 NCRI – On Sunday November 27th 2016, Etemad Newspaper affiliated with the regime, warned about a clip which is circulating in the social media showing a peddler woman being slapped in the face, in Fooman, north of Iran.

Etemad Newspaper wrote: “this incident is nothing new and we have witnessed such scenes before. But nowadays, the mobile phones, the internet, and social networks release such events publicly, so any incident could be published at national and international levels in the shortest time possible, therefor the city officials should not dare doing whatever they want to.

Even If the right policy is to stop the peddlers, such approach could not be implemented anymore since the social and political consequences are inevitable.

Let us not forget that the whole story of the Arab Spring began with mistreatment of a Tunisian peddler in the street. Any happening of this type could have grave consequence.

“The governing system and administration, must accept that in the age of internet and social networking, each citizen is a journalist of his or her own and each is also able to spread the words, images, and films. The previous policies cannot be practiced anymore. The release of any image with similar actions causes a considerable loss of trust and social cohesion and has a destructive psychological effect on the society.”

Previous articleIran: antagonizing situation at the top of the regime
Next articleIran: Due to Rouhani’s Inaction, Stone Cutting Industry Is on the Verge of Bankruptcy