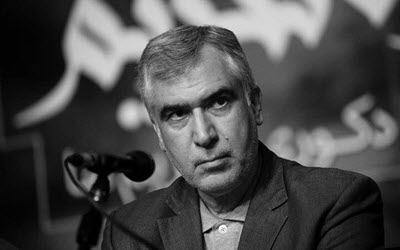 NCRI – In an interview with Channel one TV, the Iranian regime’s former ambassador to Italy and Afghanistan expressed the regime’s fears regarding consequences of elections in the United States and Obama signing the sanctions law. He said: “Their (Americans’) goal in the issue of JCPOA was not just the nuclear issue. They are pursuing longer-term goals and see Iran (regime) as a sustained threat.”

Abolfazl Zohrevand referring to unanimous adoption of the resolution (sanctions law) in the U.S. Senate (by vast majority) with no vote against it, said: “It is very interesting that not even one person opposed this resolution and Mr. Obama is going to sign the bill on the ground that more than two third (of the Senators and Representatives) voted for it.

“Therefore, he is neither going to veto it nor his veto will be useful.

“Definitely, if Mr. Trump did not win, we would face a different situation with Mrs. Clinton, but Mr. Trump and his team, all of them, are known to be anti-Iranian (regime).

Previous articleIran IRGC commanding Aleppo killings from “Fort Behuth” southeast of the city
Next articleIran: No News About the Fate of a Political Prisoner