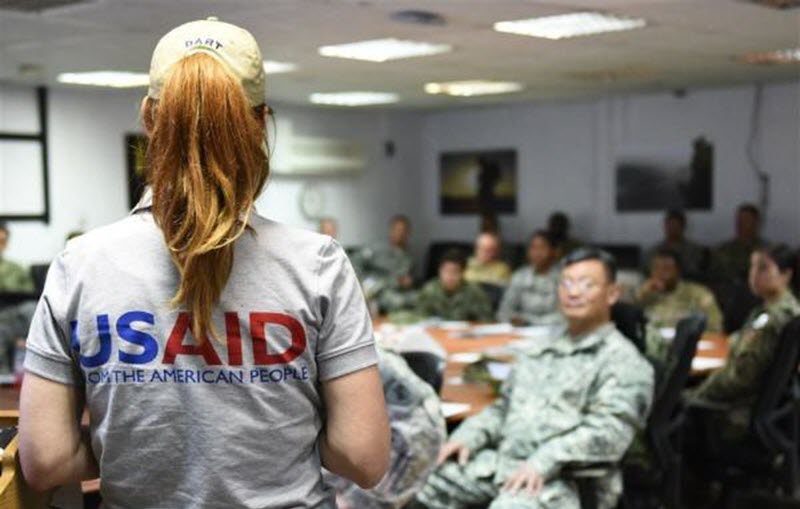 NCRI – A Norwegian charity is being made to pay over $2 million to the US for using US funding to support international terrorism by funding Iran, Hamas, and two Palestinian groups, according to a press release from the Justice Department on Tuesday.

The press release stated: “Under the settlement, [the Norwegian People’s Aid nonprofit organization or] NPA is required to pay $2.025 million to the United States. The settlement resolves claims that NPA violated the False Claims Act by providing material support to Iran, Hamas, and the Popular Front for the Liberation of Palestine (PLFP) and the Democratic Front for the Liberation of Palestine (DLFP) contrary to federal funding requirements.”

The NPA, which is based in Oslo, Norway, helped Iran to boost its oil projects by conducting mine clearance programs, coordinated with the Iranian military, supported Palestinian programmes that were designed to recruit young people to join Hamas and similar terrorist groups, and provided training and expert assistance to all the groups , according to the press release.

Hamas, PLFP, and the DLFP all have links to the Iranian Regime, and the NPA was helping them to recruit future terrorists who are as young as 15.

This money was received from the US in the form of grants from the US Agency for International Development (USAID) between 2012 and 2016. The money was supposed to provide aid to developing countries.

Manhattan US Attorney Geoffrey S. Berman said in a statement: “For years, Norwegian People’s Aid obtained grant money from USAID by falsely representing that it had not provided, and would take reasonable steps to ensure that it did not knowingly provide, material support to prohibited parties under US law.”

The court settlement also stipulated that the NPA had to modify its policies to ensure that it was complying with US sanctions laws and also with the terms and conditions of grants given by USAID.

Iran is on the US State Sponsors of Terrorism List, and is widely recognised as the world’s leading state sponsor of terrorism. Meanwhile, Hamas, DLFP, and PLFP are featured on the Office of Foreign Assets Control’s specially designated nationals and blocked persons list.

This news will likely provide more evidence for the Donald Trump administration that the Iranian Regime is continuing to work against US national security and will encourage him to pull out of the Iranian nuclear deal in May.

Trump, a vocal opponent of the deal, promised to pull out unless the deal was amended to also tackle Iran’s regional aggression and support of terrorism.