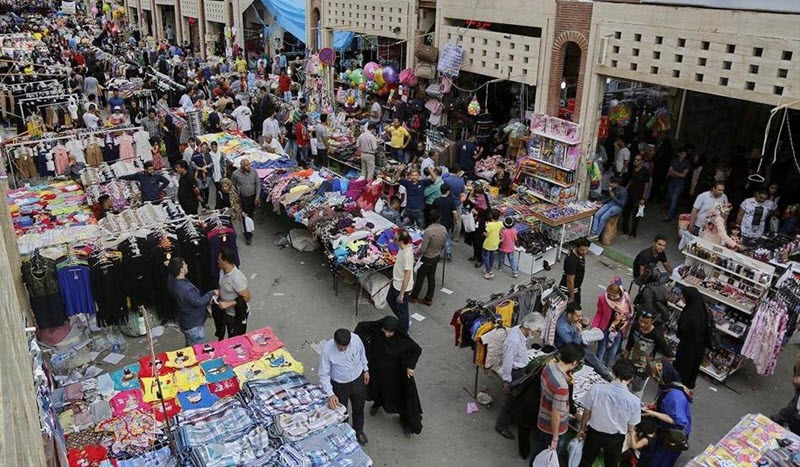 Iranian Supreme Leader Ali Khamenei dubbed the new Iranian calendar year, beginning on March 21st, as the year of supporting Iran-made goods. The truth, however, is that this motto, similar to those of previous years, lacks any significant meaning and is far from the truth of Iran’s society today. Tehran is launching numerous ads and creating an atmosphere in this regard, failing to recognize how distant from the truth they are.

“This year the government should prepare a bill in one or two months maximum, demand special authority from the parliament for three to five years, and in addition to eliminating and reforming regulations and other resolutions that go against domestic production, take action on the suspension of labor laws, added value taxes and insurance,” according to the Ana news agency citing a “10-point-plan” issued by an entity known as the “Iran College Professors Center.”

This plan, however, fails to even mention the mass import of foreign goods, whereas according to Iranian regime officials the country imports up to $60 billion annually and smuggled imports add-up to as much as $30 billion.

Currently, the Iranian regime and its relevant entities have literally destroyed the nation’s domestic production through their mass imports.

“As we speak, many of the country’s production lines are banned from entering any contracts or exporting any goods due to the existing tax laws. If we seek to resolve these problems and provide any serious support to domestic production, they must undergo reform,” according to the semi-official ILNA news agency cited Iranian MP Mousavi Laregani.

On the other hand, the Tasnim news agency (affiliated to Iran’s Revolutionary Guards Quds Force) wrote recently, “Based on a statement issued by the Central Bank, the time limit set for settling accounts with goods importers from the four countries of Turkey, India, China and South Korea, from which imports have been carried out without currency transfers, will be until April 20th. The important factor that needs consideration is that domestic manufacturers have been banned under tax laws while importers are receiving facilitation.”

As a result, in such unbalanced conditions, any suggestion to support Iranian made goods in the face of imported items is nothing but words on paper.

“In line with realizing the motto of supporting Iranian-made goods, the quality of these items must be taken into consideration,” said Yazd University President Mohammad Saleh Olia in a recent session where the city MP met with several Yazd Province industry representatives. “There are cases where this seems impossible to both lower the item price and increase its quality.”

President of Islamic Free University in South Khorasan Province said in this regard, “A committee on supporting Iranian-made goods has been established in this university in order to seriously follow up on [Khamenei’s] Nowruz message on the first working day of the new [Iranian calendar] year.”

In other news, Iranian MP Hassan Alavi of the parliamentary Construction Commission said, “This year’s motto will not be realized through speeches.”

The truth is meaningful measures are necessary to set aside hinderances before domestic production and bring an end to unbridled imports and smuggled goods.

It goes beyond saying that the main factor in need of serious change is the corrupt ruling regime of Iran and elements in the Revolutionary Guards involved in this plundering of the country’s economy for their own benefits.