Iran: Ahmadinejad’s Questionable Requests in a Letter to Khamenei 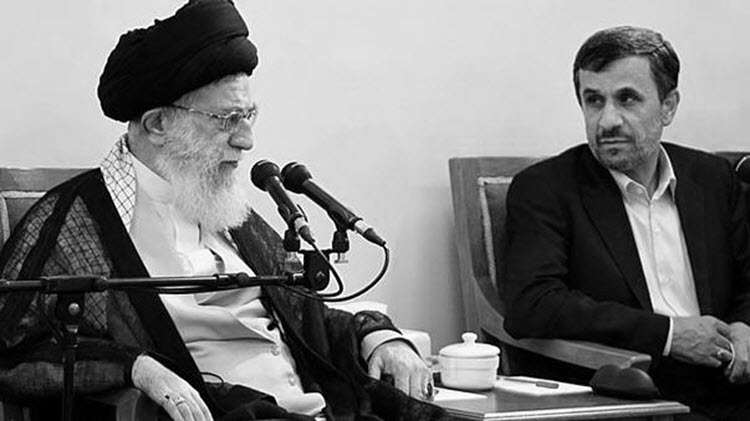 NCRI – The Iranian regime’s former president has provided suggestions to the regime’s leader, Ali Khamenei, that their acceptance requires a change in the constitution and admission to inefficiency.

Mahmoud Ahmadinejad, in a letter written to Khamenei on November 13 which was publicized two weeks later, warned that “the current conditions of the country have minimized the hope of realizing a better future through existing mechanisms.”

The regime’s former president describing one of his proposals to Khamenei wrote: “The immediate and free holding of the presidential and parliamentary elections, of course without the engineering of the Guardian Council and the involvement of military and security institutions, and leaving the people free to choose, is an urgent necessity.”

The remarks stated while Ahmadinejad’s own victory in the elections of the years of 2005 and 2009 were the result of the same engineering and intervention by the Guardian Council and the security and military institutions and Khamenei himself.

Within the regime itself, Ahmadinejad’s opposition faction, assessed his sharp criticism of the judiciary as hypocritical.

Although Ahmadinejad’s proposals are not feasible, with any motive that has been posed, they take the regime to a point where government officials are strictly avoiding getting into it, that is, overthrowing. This shows the weakness of the regime more than ever, especially after the recent protests, and that it cannot solve the differences between various factions of the governing body.

Ahmadinejad has expressed one of his suggestions to Khamenei this way: “The immediate change of the head of the judiciary, which is directly appointed by you, and the appointment of an individual with the features inserted in the constitution, as well as the establishment and introduction of an independent and popular authority to deal with people’s complaints. This system of reclaiming and restoring the rights of the victims can be a relief to the people and accompany them with reforms.”

He has earlier called for the removal of Sadeq Larijani or his resignation as the head of the judiciary.

Repeating this request in Ahmadinejad’s new letter, along with the charge of electoral engineering to Khamenei’s appointees at the Guardian Council, implicitly mean that Khamenei did not have the tact and power to recognize his most influential subordinates.

According to Article 109 of the regime’s Constitution, one of the conditions and attributes of the leader is “a proper political and social insight, adequate tact, courage, management and sufficient power to lead.”

Ahmadinejad says Khamenei appointed Sadiq Larijani to chair the judiciary that does not have “the features inserted in the constitutional” and in other words violated this law.

From another perspective, Ahmadinejad’s obvious references to Khamenei’s “imprudence” in the appointments and his request for the non-interference of “well-known elements that have been placed in the official and informal structure of the government”, which implies to Khamenei’s close associates, has another meaning.

At the beginning of his letter to Khamenei on February 19, Ahmadinejad wrote: “Your Excellency, in a speech on 18 February 2018, welcomed the critical views of the people about the performance and behavior of various sectors of the government, especially the protest and public dissatisfaction with the non-implementation of justice, and said that the people are dissatisfied with the three branches of powers, and even with your Highness and other government centers.”
In the speech, Khamenei admitted that “it is necessary to apologize to the people because of the retreat in the field of justice”. Ahmadinejad’s reference to this apology can be considered as emphasize on Khamenei’s contribution and his performance in spreading dissatisfaction and disorder.